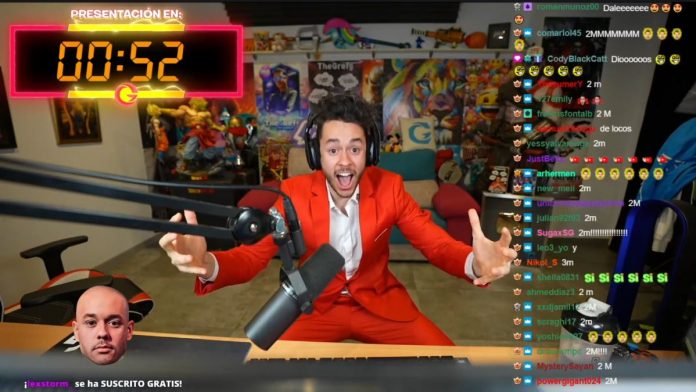 The content creator breaks his previous record as an individual streamer, exceeding 600,000 users, and doubles the one that was the biggest direct of all time of Twitch … until today.

TheGrefg has broken every known record on Twitch. The creator of content specialized in Fortnite started a live today to present his skin for the Epic Games game, and during the broadcast he has destroyed the metrics known so far: more than 2.4 million simultaneous viewers at various times, before the presentation of the skin and during it. This means multiplying by four his previous record, which was already that of the most viewed individual streamer on the platform with just over 600,000 viewers.

TheGrefg’s numbers have not only served to break the record of an individual streamer, reached by himself, but have also doubled the most watched stream in Twitch history to date, that of the ELEAGUE Boston Major 2018 finals, which had 1.08 million concurrent viewers in January 2018. Grefg has achieved more than double the number of concurrent viewers during that presentation.

The night was historical from the first moment. Shortly after starting a countdown of more than two hours, Grefg already surpassed his previous figure with 700,000 simultaneous viewers. But this was only the beginning. Halfway through the stream it was placed above one million and with the countdown approaching the moment of unveiling the skin, the figures were rising, exceeding one and a half million and, within minutes of reaching the counter to zero, exceeding two million and get a peak of 2.4M that would later be repeated when the skin was already showing.

The record has not gone unnoticed by other streaming giants such as Ninja, well known worldwide and who has also surrendered to the monstrosity that Grefg has achieved tonight.