Home Entertainment TheGrefg Joins TortillaLand; These Are All Confirmed Participants 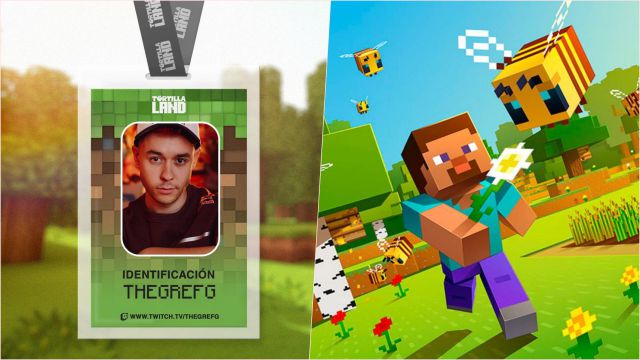 TheGrefg: Minecraft will star in a new celebrity server: TortillaLand. TheGrefg is the 27th contestant to confirm her presence.Tortilla Land reveals its new entrant. The popular TheGrefg will be a part of this Minecraft server from launch day. The official Twitter account has confirmed the arrival of him along with the rest of the personalities.

The Auronplay and Perxita server will be run by HeberonYT, one of the reference programmers for this type of server. It will begin next August 15 and it is estimated that it will have a duration similar to the one seen in Marbella Vice. There will also be a story with a beginning and a conclusion, so nothing is left to chance.

“Legend has it that somewhere in TortillaLand a god of death hides,” explains the official server account. “Whoever finds it can ask that god to kill a player forever. His adventure will end ”. The search for that character will be key in the argument of this framework. What celebrity will say goodbye forever to his stage in the lands of Tortilla? The choice will have more relevance if possible given the roles that we will see inside, that is, some characters will play as mayors of the towns scattered around the map, while others will simply follow their orders.

So far we know the 27 faces that will be part of the server. At the time of writing these lines there are three gaps that remain a real unknown.

The King of Fighters XV: Ryo and Robert Revealed in Trailer