Home Entertainment Theatrhythm: revealed the final beat, the addition of DLC based on other... 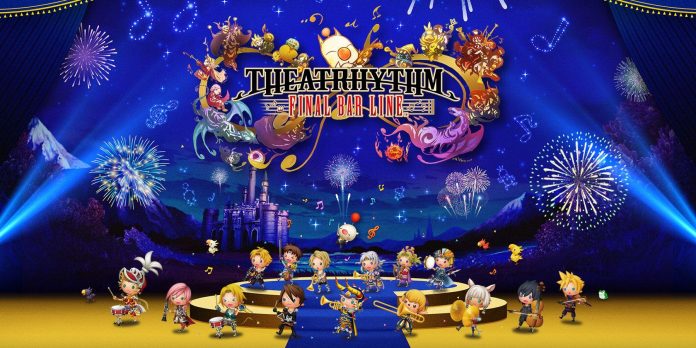 Square Enix officially announced Theatrhythm: Final Bar Line for the Nintendo Switch as part of Nintendo Direct on Tuesday. The Final Fantasy music game will be filled to the brim with songs from the popular JRPG franchise, and will also offer post-release content for some amazing recent Square Enix games. Theatrhythm: Final Bar Line was just one of Square Enix’s Nintendo Direct announcements, including Crisis Core: Final Fantasy 7 Reunion and Octopath Traveler 2.

Players will be able to access Theatrhythm: Final Bar Line from February 16, 2023 on both Nintendo Switch and PS4. But wait, that’s not all, because if 385 songs aren’t enough, Square Enix plans to increase that number to 500. Both editions of Theatrhythm: Final Bar Line Digital Deluxe and Premium Digital Deluxe will include 27 additional tracks at launch. There will also be three season passes, each of which will contain 30 more songs in 5-song packages after launch.

What’s especially interesting about the DLC for Theatrhythm: Final Bar Line is that games that go beyond the Final Fantasy franchise will include their own music. Tantalizing games include the NieR series, SaGa series, Mana series, The World Ends with You, Octopath Traveler, Live A Live and many others.

Suffice it to say that Theatrhythm: Final Bar Line will be one of the most complete collections of Final Fantasy music when it appears next year. This is a real celebration of Final Fantasy, and the DLC plans for the game make the collection even sweeter.

Theatrhythm: Final Bar Line is released on February 16, 2023 on PS4 and Switch.