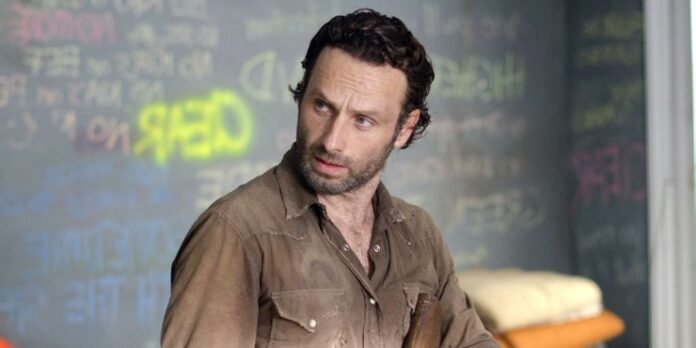 AMC has yet to deliver to fans of the fan-favorite zombie drama, The Walking Dead, the final episodes of season 10 to wrap up this part of the story.

As fans already know, the 6 additional episodes of The Walking Dead season 10 will air starting February 28, 2021 as scheduled.

While the new episodes arrive, fans keep reviewing old seasons of The Walking Dead, and they were achieved with a continuity error that they were quick to criticize.

It turns out that in The Walking Dead season 3 episode 12, titled ‘Clear,’ fans saw Rick Grimes (Andrew Lincoln) leading an expedition to obtain more weapons from the prison community, after realizing that he is defenseless. close to the Governor’s firepower.

As can be seen in the image taken from the scene in question, Rick, Michonne, and Carl (Chandler Riggs) have to avoid a vehicular collision in the middle of the road, including an overturned caravan and a red vehicle with luggage on top.

In the first image, Rick’s car is on the side of the road. However, in the next one, which reveals the walker still alive in the driver’s seat of the red vehicle, the sheriff’s car is on the opposite side and driving in the other direction.

Without a doubt, this represents a major The Walking Dead continuity error, which was harshly criticized by fans. It is likely that the production team thought that fans could only be focused on the disturbing undead.

BTS will put your name on their concerts, how to participate...