Home Entertainment “The Young Avengers”: who has already appeared in the MCU? 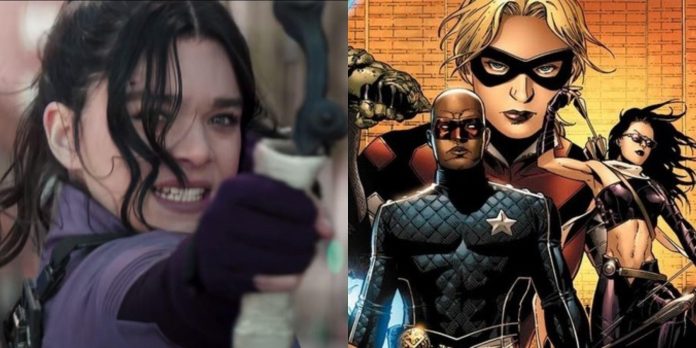 In the first Phase of the MCU, the audience was slowly introduced to the main players of the universe before they all met up for their team-up movie in The Avengers. Marvel did a good job of giving most of these characters enough time to get at least a little established before they met up with the rest of the team, so the audience had time to get to know them before seeing them all interact with each other. It’s much more interesting to watch a big team-up movie when one is already familiar with most (if not all) of the team, because at that point the viewer is already emotionally invested in the characters.

Throughout Phase 4, the MCU has been slowly introducing members of another famous team of theirs: the Young Avengers. The Young Avengers are a bunch of teenagers (most of whom have connections, familial or otherwise, to someone on the original Avengers) who band together and use their powers to fight for good, like any other super team. It’s a fair assumption to make that Marvel eventually wants to give them a movie or TV show, as almost all of the main members have appeared somewhere in this MCU so far. These are the Young Avengers that have graced the screen so far in Phase 4, with some playing a bigger role than others.

RELATED: The MCU Is Establishing A Theme For The Young Avengers

Kate Bishop is the Young Avenger who has made the biggest impression on screen so far, being one of the main characters of Hawkeye. The show was a great introduction to her character, and made a lot of fans excited to see her on screen with the rest of the team eventually. Kate is a skilled archer from a wealthy family, and her headstrong and stubborn personality makes her a perfect fit for a hero. She always admired Hawkeye as a superhero without superpowers, since she herself didn’t have any supernatural powers, and she even took on the mantle of Hawkeye from Clint Barton at one point.

In the MCU, she is the oldest of any of the Young Avengers that have been introduced thus far by quite a margin (most of the others are teenagers – or younger – while she’s in her early 20s). This could signal that she will take on a leadership role in the eventual team-up, as the oldest and perhaps most experienced member, as she also is a leader in the comic versions of the Young Avengers, along with Eli Bradley.

On the other end of the spectrum, Eli Bradley has had one of the smallest appearances in the MCU so far, essentially being a cameo in The Falcon and The Winter Soldier. When Sam and Bucky visit Isaiah Bradley to learn his story, Elijah is the boy (his grandson) who lives with him. Eli, aka Patriot, is one of the leaders of the team in the comics, and models himself after Captain America in honor of his grandfather Isaiah Bradley, who was experimented on with the Super Soldier Serum. Eli himself started using Mutant Growth Hormone pills to give himself superhuman abilities akin to those of Captain America.

In the MCU his role has been small, and he still seems quite young, especially considering the fact that he and Kate Bishop are love interests in the comics. Because of the age gap, it doesn’t seem like this will be the case with their MCU versions, but perhaps he’ll be aged up by the time the team-up comes around, and if not, that part of the storyline will obviously need to be cut.

These two have already played a significant role in the MCU, though they look a little different at this point. In the comics, Billy and Tommy (aka Wiccan and Speed) are the sons of the Scarlet Witch and Vision who were unmade by Mephisto and reincarnated into and raised by two different families. They develop superpowers: Billy has magical powers similar to that of his mother, the Scarlet Witch, while Tommy has speedster powers like Quicksilver, his uncle. Both twins are important to the Young Avengers team and storyline, but Billy especially has a large role to play, particularly in the 2013 run of Young Avengers comics.

In the MCU, they have been central to Wanda’s story so far, particularly in Multiverse of Madness, as her whole arc is about wanting to get back to them. Because of the multiverse plot lines and the fact that Wanda doesn’t have her children in this reality, there’s a good chance the storyline of them being born into different families will still come into play. They will obviously need to be aged up to at least teenagers to fit with the rest of the team, but the fact that they’ve already made an appearance is a promising sign.

Cassie Lang, aka Stature, is the daughter of Scott Lang, the second Ant-Man. In the comics, she takes on her role as a superhero after her father’s death, as she had been secretly taking Pym Particles for years and had the same growing and shrinking power set as Ant-Man. In the MCU, she has only briefly appeared as Scott Lang’s young daughter in the Ant-Man movies, until Endgame where she had grown into a teenager after 5 year gap of Scott being trapped in the Quantum Realm. In Ant-Man and the Wasp: Quantumania, she will be played by Katheryn Newton, and as the actress is a bit older and more of a big name, it’s clear that they intend for her to play a bigger role and stick around in the MCU for a while.

America is the newest Young Avenger to enter the MCU with her first appearance being in Doctor Strange in the Multiverse of Madness. America punches star-shaped holes through the air and uses them to travel across dimensions. She meets up with the Young Avengers in the 2013 run and joins the team to watch over Wiccan after Kid Loki tried to get her to kill him. In the MCU, she has only just learned how to harness her powers, so she’s not as experienced as her comics counterpart, and seems to be a bit younger, but hopefully her fiery personality will get to shine through more in future appearances.

Another Young Avenger with a brief MCU appearance, Kid Loki is exactly what he sounds like: a child version of everyone’s favorite trickster god. In the comics, he is the result of Loki dying and being reborn without most of his powers or memories. When he comes across the Young Avengers, he starts manipulating them and plans to take Wiccan’s powers, but he eventually becomes an actual part of the team and works with them instead. Kid Loki appeared in Loki as one of the variants inhabiting the Void. It’s unclear whether this version of the character will appear in the Young Avengers team-up or if this was just a small cameo, but it will be interesting to see if he shows up again.