Home Entertainment The Xenoblade Chronicles 3 review trailer offers a deep dive into the... 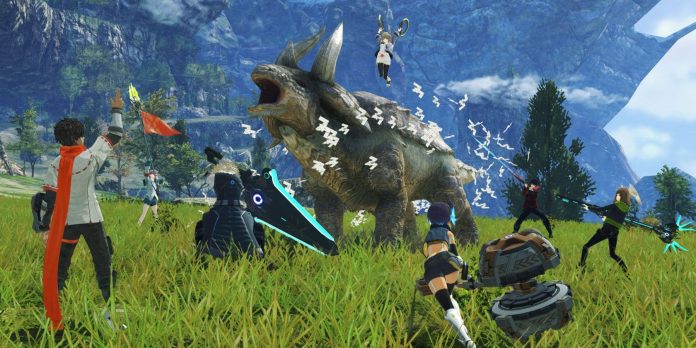 The release of Xenoblade Chronicles 3 at the end of July will be the first Nintendo Switch exclusive in a series of significant game launches for this platform until the end of 2023. However, Xenoblade Chronicles 3 has several serious obstacles that may prevent it from helping Switch in development. the momentum goes in late summer and autumn. Firstly, this is a large-scale RPG, as well as the fourth game in the series with a complex sequence. To introduce new players, Nintendo has made a long video that may help some understand if Xenoblade Chronicles 3 is right for them.

After getting acquainted with the plot of Xenoblade Chronicles 3, the trailer delves into the combat system. In Xenoblade Chronicles 3 combat, each character in the squad has access to their own arts, that is, abilities that help emphasize their role in the squad. Combining these arts into a complete group to create combinations can play a crucial role in winning or losing a battle.

Another important combat feature is Interlinking. Each member of the group in Xenoblade Chronicles 3 has a partner with whom they can connect by combining into a more powerful form of Ouroboros. Each Ouroboros has its own Arts and even has Soul Trees where you can spend soul points to increase the power of fusion.

The rest of the Xenoblade Chronicles 3 trailer is dedicated to getting to know various characters and locations of the large-scale JRPG. In their adventure, players will meet a number of unique NPCs who can be recruited into the squad. Everyone has their own personality and combat class, which can change the player’s gameplay. They then lead this group of characters through a thriving, fully explored world full of secrets, dangers, and rewards.

Xenoblade Chronicles 3 is released on July 29 on Switch.

Jungkook: The Song That Welcomes ARMY To The Fandom

Free Fire Max: How To Download And Play for Free On...