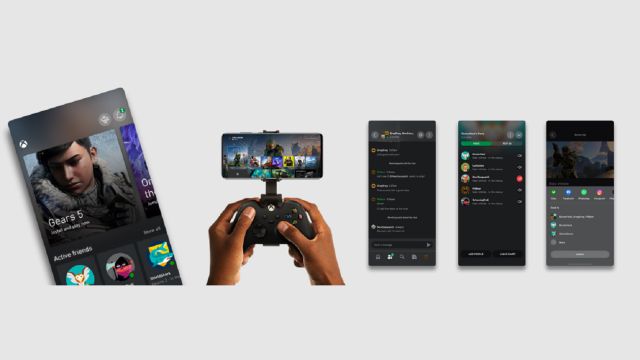 Microsoft is releasing an update to the Xbox application for iOS and Android devices that allows you to see your achievements on your Xbox Live profile.

The Xbox application on iOS and Android receives the possibility to browse the achievements obtained on your profile. Eliminated at first in this new version, the division has released the functionality through an update, already available in the App Store and Google Play Store.

As indicated in the patch notes, starting today, March 24, it will be released to a wave of select players, who will test the functionality before it reaches the general public. They promise that other features demanded by the community, such as bookmarks, will land in the coming months. On the other hand, the same update adds improvements in the administration of the games. You will be able to free up storage space from your mobile, in addition to managing your library between the recently added and installed ones.

To find out if you are part of the group, open the application and click on the fifth button from left to right, in the place where your profile icon appears. Where previously only Featured Items and About appeared, now you will see a first tab with all the achievements obtained in Microsoft systems. When entering a game you will see that the distribution of the achievements appears in two columns by squares; the mosaic allows you to see the miniature, the rarity, the value and the title.

The update is part of the content expected during the month of March in the Xbox ecosystem. Among the novelties was the incorporation of FPS Boost, an improvement that allows certain backward compatible titles on Xbox Series X | S to increase the target framerate rate that they originally had. Among the first games to take advantage of the functionality are Far Cry 4, Fallout 4, Watch Dogs 2, and New Super Lucky’s Tale. Know all the details and how to know that we have it activated through this link. Xbox is reinforced in its main systems.

The Mandalorian Signs Christopher Lloyd, The Mythical Doc Brown From Back...