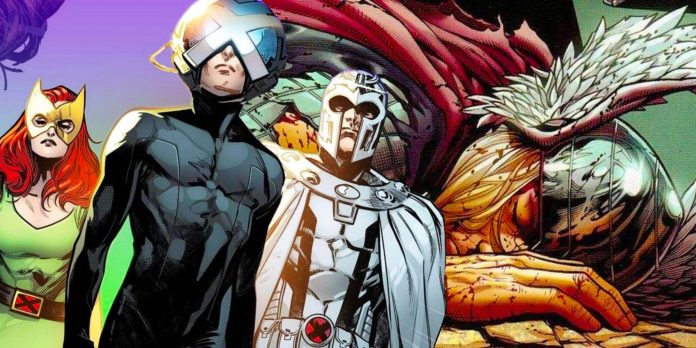 It has just been revealed that the X-Men are secretly to blame for Thor’s future Ragnarok. As seen in the latest issue of Spider-Man 2099: Exodus, Miguel O’Hara is fighting Norman Osborn, who is still alive and leads a clique of supervillains. As a result, the Wallcrawler of the future is looking for new allies when he learns what happened to the Asgardians and the role of mutants in their eventual disappearance.

While in the first issue of Spider-Man 2099, Miguel met with the Winter Soldier of 2099, in the second issue of Steve Orlando and Marco Castiello, Miguel is looking for new allies to help him fight the Green Goblin and his Cabal before they can take over the power of the recently fallen Celestial. Thus, the future Spider-Man meets a Valkyrie protecting a new version of Asgard. However, it is filled with people who have achieved divinity in the absence of Thor and the first Asgardians.

According to Valkyrie, Loki was the only Asgardian to survive an artificial Ragnarok instigated by Alchemax, a corrupt megacorporation that rules everything in Marvel’s future in 2099. Considering Thor and Asgard as a threat and wanting to eliminate them, Alchemax’s first attempt resulted in success. they are trying to replace them with their Aesir program (this new Valkyrie was one of their products). However, their second attempt was much more effective, they created their own World Serpent made from the magic-resistant metal of the X-Men, known as the mysterium.

The Mysterium, produced exclusively by mutants at the moment, has become the X-Men version of the Black Panther Vibranium. It was also used to legitimize the position of mutants as they began to expand into space, offering it as the new standard of the galactic economy after the end of the Kree and Marvel Skrull Wars. However, the idea that Alchemax will somehow get to the precious metal by 2099 is very disturbing. In the end, it helped them put an end to the entire Asgard race.

Although the debut of the mysterium in the Marvel universe has currently occurred only recently, a look into the future has confirmed how powerful it is. It also raises concerns about how the X-Men are handling their new metal. Although they are the only ones who can currently produce it, they distribute and trade the metal quite openly. Thus, it seems that it will not be difficult for Alchemax to get hold of the mysterium, given their influence and resources. In any case, the X-Men certainly bear a large share of the blame for the end of Thor and Asgard in the potential future of Marvel.

Rating of the most iconic tomboys in horror games