Home Entertainment The X Factor star released a heartbreaking statement after the death of... 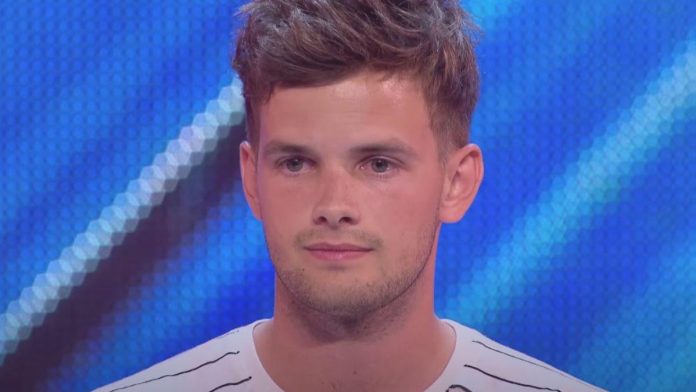 Breaking into the entertainment world for the first time thanks to the British singing competition The X Factor, former boy band performer Tom Mann shared the shocking and tragic news with fans and subscribers. Early in the morning on Saturday, June 18, the same day that Mann was supposed to marry his fiancee Dani Hampson, she died suddenly for unknown reasons, despite the fact that she reportedly had no obvious health problems. This was the couple’s second attempt to walk down the aisle, as their original wedding date in 2020 was postponed due to COVID-related reasons, and so Mann was correspondingly heartbroken and emotional while talking about the tragedy on social media.

In his other recent post dedicated to the BMI (Broadcast Music, Inc) pop Award as the songwriter for the single “You” by Tate McRae, Troy Sivan and DJ Regard, Tom Mann spoke about his unthinkable loss on Instagram, sharing a photo of Hampson. with their son Bowie, along with a touching message. According to him:

I can’t believe I’m writing these words, but my dear Dani — my best friend, my everything and even more, the love of my life — passed away early on Saturday morning, June 18. What was supposed to be the happiest day of our lives ended in irreversible grief. I feel like I’ve cried the ocean out. We never made it to the altar; or to say our vows, or to dance our first dance, but I know, you know, that you were my whole world and the best thing that ever happened to me, Danielle. I will wear this ring that I always had to wear as a sign of my unconditional love for you.

Without knowing the circumstances of Dani Hampson’s death or any other details of this very personal situation, one can only assume that it came as a shock to all involved. If she had been suffering from a pre-existing illness, it is likely that the wedding date would have been postponed at some point, although changes might not have been possible. No matter how it happened, grief and mourning accumulated as a result, and Tom Mann talked about staying strong so he could continue to raise their son Bowie to remember his mother’s memories. According to Mann:

I’m absolutely shattered trying to figure this out, and I honestly don’t know what to do next, but I know I need to use all the strength I can muster for our little boy. I won’t be a mark on the parents you’ve already become, but I promise I’ll do everything in my power to raise Bowie exactly the way we’ve always wanted. I promise he’ll find out how wonderful his mom was. I promise you’ll be so proud.

There is no doubt that Dani Hampson will continue to play an important role in Tom Mann’s life in the coming years, and that he will have many stories to tell his son about her, not to mention photos and other meaningful memories. And there may come a day when he will be able to appreciate it, but right now the pain is probably too much.

The most beautiful person inside and out. The most incredible soul. We have lost such a special person, and I am sure that soon we will see an outpouring of love reflecting this. I will try to find peace in your messages and comments, but now I am grieving and I will be for a very, very long time. My dear Dani, the brightest light in any room, my world without you is nothing but darkness. I will miss you forever.

Although he may not be able to keep in constant contact with his followers, we hope that kind words and support on social networks will help make these difficult times as easy as possible.

About three weeks before her death, Dani Hampson shared photos on her Instagram page showing her, Tom and Bowie together and seemingly in a good mood, as in almost every image she shared with her followers. Below, fans can read Mann’s post in full.

As fans of the competition series will probably remember, Simon Cowell (who worked as a judge on the original British iteration of The X Factor among other international versions) wasn’t so sure about bringing former football coach Tom Mann to the competition after his season. 11 auditions in 2014. Mann, who performed his version of the Backstreet Boys song “I Want It That Way”, may not have made it to the next tour that season, but he and the other rejected members were still impressive enough to be produced together as a Stereo Kicks boy band, somewhat similar to how One was formed Direction. Unfortunately, after they failed to sign a recording contract in the first year after formation, the band broke up, and Mann continued to work as a songwriter and producer with other artists.

There was also a tragedy last year that befell another X Factor veteran, as former contestant Thomas Wells died in a conveyor belt-related accident in October 2021.

Marvel announces the vision date of its new movies