Home Crypto The World’s Most Respected Magazine Will Adopt ApeCoin! Price may skyrocket 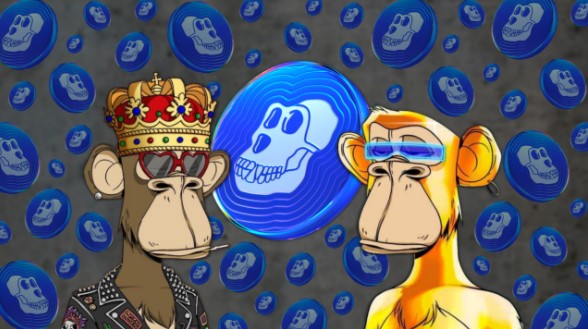 Time Magazine, one of the most respected magazines in the world, has announced that it will begin accepting the Ethereum-based token ApeCoin in the coming weeks, created by the creators of the popular immutable token (NFT) collection Bored Ape Yacht Club, according to an announcement posted on Twitter.

Time Magazine, which has millions of subscribers and is one of the most respected magazines in the world, announced that it will accept ApeCoin, which was released by the developers of the world’s most popular NFT collection, Bored Ape Yacht Club, with an announcement on its official Twitter account.

The iconic publication initially made it possible to pay for digital subscriptions last April with Bitcoin and other cryptocurrencies including XRP, Ether and Dogecoin.

Also a year ago, Time Magazine auctioned off some of its most catchy covers as non-exchangeable tokens (NFTs). However, after partnering with Grayscale, a subsidiary of the Digital Currency Group, he agreed to keep Bitcoin on its balance sheet, while in December he named Dogecoin advocate Elon Musk the person of the year.

Times Magazine, on the other hand, published its first issue as NFT earlier this week. Ethereum co-founder Vitalik Buterin graced the cover of this issue. In a wide-ranging interview, the programmer outlined his main concerns with the crypto industry, claiming that it could escalate into a dystopia driven by treacherous, overzealous actors.

The most talked-about cryptocurrency of recent days, ApeCoin, was distributed with an airdrop to Bored Ape Yacht Club owners on Thursday. It also started trading on major cryptocurrency exchanges such as Binance and Coinbase right after that.

Cryptocurrency remains highly volatile. It has dropped 10.37 percent in the last 24 hours and is currently trading at $10.50, according to data provided by CoinMarketCap.

However, this announcement by Times Magazine may result in ApeCoin starting a new movement.

On the other hand, the Ethereum-based token is currently worth $2.9 billion, making it the 46th largest cryptocurrency by market cap.