Home Entertainment The world’s most powerful lunar rocket can be launched in just a... 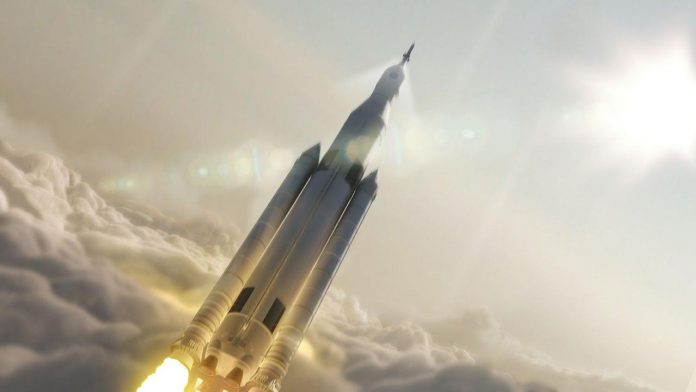 NASA hopes to launch the most powerful rocket ever built by the end of August. Let’s take a look at the Space Launch System (SLS), what it takes to set all the important launch dates, and how you can watch the launch of a scientific super rocket live for free.

The SLS is a truly monstrous rocket.

When fully folded with its Orion crew module, it’s about 320 feet tall, equivalent to 33 Lady Dimitrescu, and it’s an imposing lone figure on the launch pad of NASA’s Kennedy Space Center.

Its first stage, which makes up the bulk of the rocket, is powered by four upgraded RS-25 shuttle-era engines, assisted by two giant solid-fuel boosters, which together are capable of generating a staggering 8.8 million pounds of thrust during flight. launch. For comparison, the Saturn-5 rocket, which launched astronauts to the moon in the 1960s and 70s, generated only 7.5 million pounds of thrust.

At the top of the SLS is also an engine specially designed to give the rocket’s payload, including its crew capsule, the final push needed to break out of low-Earth orbit and direct it to rendezvous with the Moon.

In the coming years, NASA and its partners want to use this power to help in their ambitious mission to return astronauts to the moon as part of the Artemis program. The key goals of NASA and Artemis will be to establish a permanent human presence on the moon, where humanity will be able to explore the surface of the Earth’s natural satellite, while developing the technologies necessary to safely send humanity to Mars.

This ambitious plan will require the transfer of a huge amount of resources from the earth’s atmosphere to lunar orbit, where the impressive lifting capabilities of the SLS come into play.

However, despite billions of dollars of investment and more than a decade of planning, there is no guarantee that the first rocket launch will be successful. The development of the SLS was a monumental engineering and scientific task, and it did not always go smoothly.

In the run-up to launch, testing of many rocket components caused many design issues that needed to be resolved before NASA could consider using the rocket.

Countless failures led to the fact that the first launch of the rocket was postponed from the ambitious goal of 2017 to August 2022. This is a huge delay. In addition, according to CNBC, NASA Inspector General Paul Martin at a meeting with Congress earlier this year estimated that each SLS launch could cost $4.1 billion. This is more than the cost of the entire life cycle of the 20-year Cassini mission.

In short, it would be very, very embarrassing if an extremely expensive, long-awaited and untested NASA rocket suffered a catastrophic failure during its first flight.

The stakes are high

The stakes are high, and last month NASA announced that it would attempt to launch its first SLS rocket with an unguided Orion capsule as early as August 29 from the Kennedy Space Center in Florida.

If all goes well, SLS will take the crew capsule, along with its European-made service module, into space on an ambitious 38-42-day test mission known as Artemis 1.

During the ascent through the Earth’s atmosphere, both the launch vehicle and its precious Orion payload will be subjected to extreme temperatures, vibrations and other destructive influences.

The capsule will then be forced to survive the frigid conditions of space for weeks on end as it is 280,000 miles from Earth — further than any spacecraft worthy of a crew has ever flown-before finally enduring a fiery re—entry into the atmosphere.

This glove will test the performance of the SLS and evaluate Orion’s ability to deliver a human crew into lunar orbit and eventually return safely to Earth.

However, there are a number of factors, from mundane to technical, that can prevent a rocket launch during the two-hour window on August 29. For example, bad weather can easily ruin a launch or unforeseen long-range safety issues may arise. A technical problem discovered at the last minute during pre-launch checks can equally ruin the day for many scientists.

In light of this, NASA has announced multiple backup launch windows, including one on September 2 and another on September 5. If, according to a chain of unfortunate events, the rocket is still on the ground after these dates, then the agency has prepared additional dates that will go in two weeks, and then in two weeks, up to December 23.

Choosing these dates requires a huge amount of planning, not only for the sake of the rocket itself, but also for the safety of the Orion capsule, which will be in the spotlight for most of the multi-week mission.