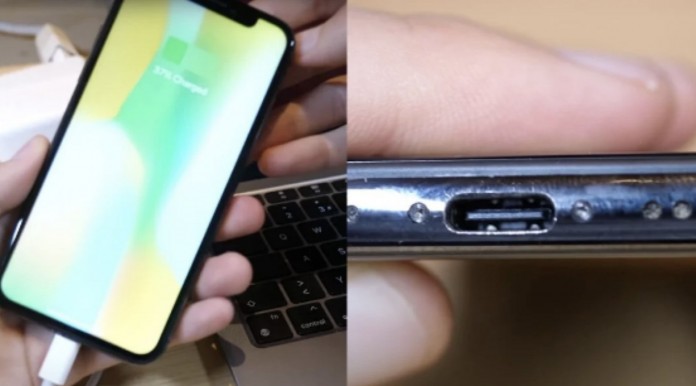 Ken Pillonel, who introduced the world’s first iPhone with USB-C input last month, has now put this phone on sale.

Apple has been criticized by some users for not keeping up with the changes in the smartphone industry lately. Without a doubt, the Lightning port is one of them. Although Apple has slowly started to switch to USB Type-C input in its new products such as iPad mini, it should be noted that the same situation does not cover new iPhone models for now.

As it will be remembered, an iPhone user named Ken Pillonel proved that he managed to integrate the Type-C input into the iPhone X model, drawing attention to a point where Apple has been seriously criticized in recent years, in his video published last month. Pillonel, which has become the agenda of the whole world in a short time, has put the smartphone in question for sale as of now.

The smartphone waiting for its new owner on eBay is the iPhone X, which Apple released in 2017. In fact, the company used the notch design, which was highly criticized today, for the first time in this model. Only the device and the box will be given to the person who buys the second hand phone with black color and 64 GB internal storage.

In addition, it should be noted that Ken Pillonel has some terms of sale. Pillonel wants the device in question not to be reset and data deleted. In other words, the person who bought the device will never be able to reset their phone. 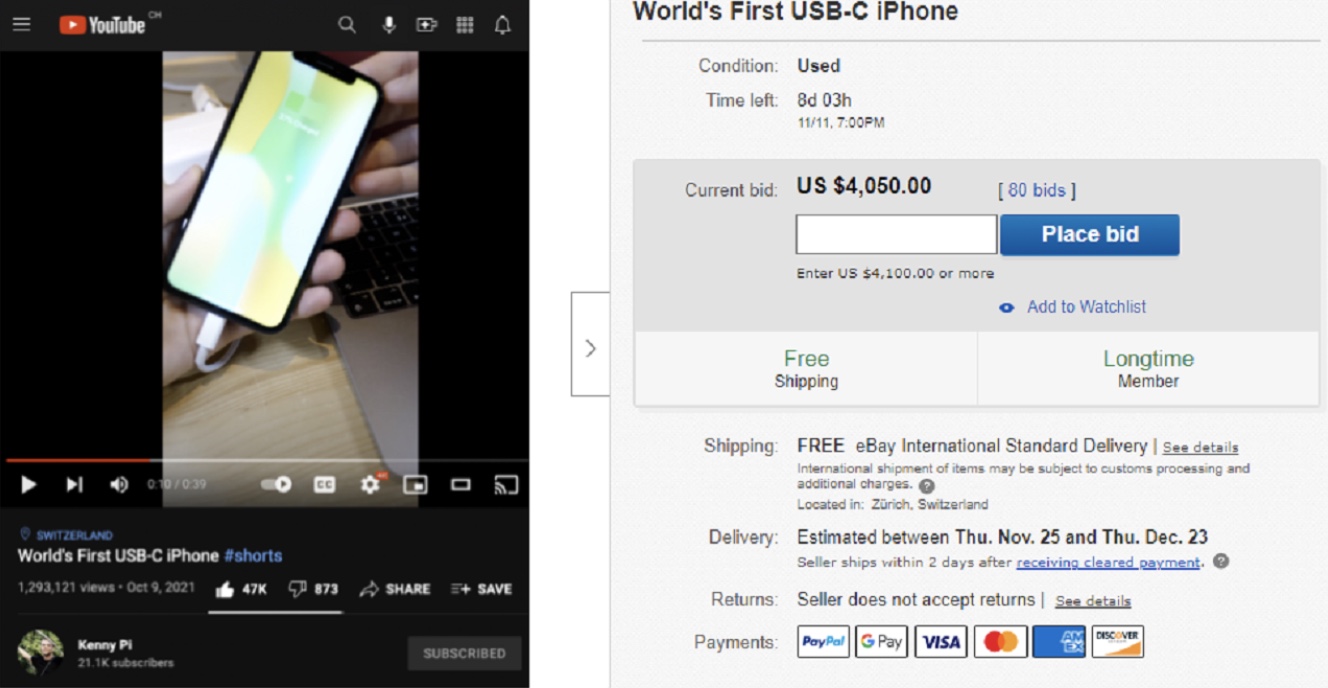 The price is constantly changing as the world’s first USB-C ported iPhone is up for auction on eBay. The price of the phone, which 80 people bid to buy in a short time, went up to 4 thousand 50 dollars while we were writing this article.

Pillonel, who has been working on this issue for months and sharing all the developments with his followers on his personal blog, recently shared his YouTube video, in which he explained step by step how he integrated the Type-C input, which he promised before, into the iPhone X.

Ken Pillonel is best known for his Masters in Robotics from the Swiss Federal Institute of Technology. For this reason, let us state in advance that the process in question should not be attempted by people who do not have sufficient knowledge in the field of electronics. Otherwise, you may cause irreversible malfunctions in your device.

You can watch the video below.