Home Entertainment The woman who made bebop jam 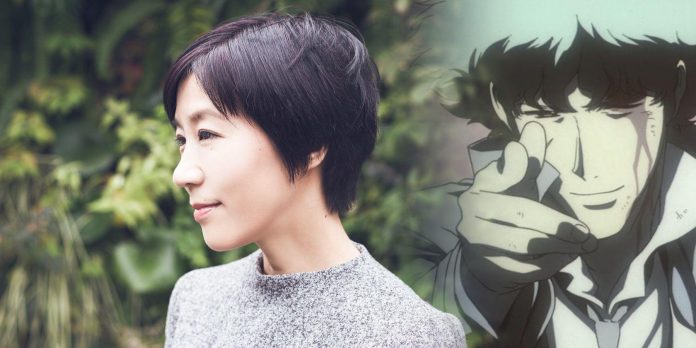 Many musical artists create music for anime, but in 1998, Yoko Kanno went even further and formed a band herself with the sole purpose of creating the soundtrack to the movie “Cowboy Bebop”. The result was one of the most legendary names in the history of anime music, and all this is only for one of about 60 projects to which her name was tied only in anime.

The very creation of The Seatbelts, their music and the fame of the band’s name – despite the fact that they exist only through the prism of Cowboy Bebop – are a testament to Kanno’s creativity. Since her earliest works in 1993, she has created a wide range of sounds that never lose their soul, thanks to the spirit of collaboration in her style, combining the best that she can find.

Some fans will listen to Kanno’s work for years without hearing a word from the woman herself, and this is a loss, because hearing her describe her past is very instructive. Firstly, it’s ridiculous to think that she was almost not a musician. There was always music, from piano lessons to participation in competitions, but in fact she was engaged in literature.

In an interview with Red Bull Music Academy in 2014, she described her attraction to literature as a byproduct of her teenage feelings. “It wasn’t such a clear deviation as hair coloring or similar things, but I seriously and passionately thought about how I want the end of the world to come,” she said. She put her complex thoughts in writing and was thinking of becoming a writer.

She majored in literature at Waseda University, but still wrote music for school electives or as a gift to other students. Since she went to a literary school, her music classes were educational in themselves. She told how she heard her friend — a drummer — playing for her, and how it opened her eyes.

By doing things like this, you begin to learn musical manners. Before that, I only knew the classics, so I had zero understanding of rhythm. Like, “Rhythm, right? What is it?” It was really that bad. So when I first saw a friend’s drum kit, I thought: “Whoooo! What is it?!”Wait, what are you doing? What’s it? How do you play this?” I was shocked, so I ended up joining a friend’s elective group. Later I found out that drums are not extremely rare things. [laughs]

It’s one thing to hear drums on the radio, as she did, but, as she put it, “it’s like I’ve never noticed them.” At her elective, she will play popular music, the attractiveness of which – at first – she could not understand. Over time, she began to understand pop music and its influence on listeners more deeply.

Some of Kanno’s first soundtracks were intended for video games, such as Nobunaga’s Ambition, a role-playing game set during the Warring States period. Kanno calls the expediency with which she created music the reason for its appearance. Even at such an early stage of her career, her works carry the same power as many of her later works.

Her game soundtracks and her early anime works, such as Escaflowne or Macross, are full of appropriate classical compositions combined with genre-appropriate gear. The heroic accompaniment of the horn and drum for Macross or the more dramatic chorus in Escaflowne give these soundtracks a grandiosity that raises the tension.

Some describe good music as a “religious experience,” and in Kanno’s case, this is especially appropriate given her upbringing. Growing up a Catholic, Kanno reflected on how religious music, its power and connection with the ideas of God and death influenced her music.

People say my music sounds “vast” or “religious”, so I sometimes wonder if maybe my childhood experiences have penetrated my music, but I don’t do my best to create a sound that makes people feel that way. .

Even if it is unintentional, this connection in itself accurately expresses what it is in Kanno’s music that can cause strong emotions. Although it is precisely this type of “primitive expression” that she associates with religious hymns that can be felt more in her classical orchestral arrangements, this attitude extends to all genres.

The Queen of all genres

As one of her biggest successes, Cowboy Bebop is something that many associate with the Yoko Kanno style, and even then there is a wide range of genres and artists involved in the game to help. Bebop music was created with the participation of talents from all over the world, so the music seems international. There is, of course, jazz, but also rock and pop music, from folk to dark.

You can hear so many genres in Kanno’s music that it seems like she is a jack-of-all-trades.