Home Entertainment The Witcher: Which monster killed the Goblin in season 2 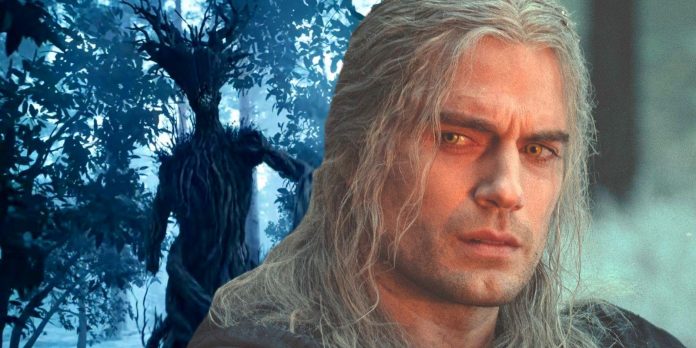 The second season of the series “The Witcher” from Netflix tells about the death of a Goblin at the hands of another monster. The goblin, inspired by Slavic mythology, is a tree-like creature that attacks people with its roots, protects the forest and kills everything that seems to be a threat to nature. After a long duel with Eskel in season 2, episode 2 of Kaer Morhen, he infects him, turning him into a mutant and leading to his death.

The second season of The Witcher begins after the Battle of Sodden for control of the Continent, where Yennefer uses a fire spell to win the war. Immediately after that, she disappears, and Cirilla and Geralt assume that she is dead after their unsuccessful search. They then decide to go to Caer Morhen to ensure Cirilla’s safety during the winter and allow Geralt to train her to defend herself with the help of some other witchers.

Geralt and Cirilla, who look different in the second season, later encounter the Goblin responsible for killing Eskel, but he is torn apart by a centipede more terrifying than the Goblin. In season 2, episode 3, “What’s Lost”, the centipede chases Cirilla and corners her, but is not going to kill the girl. However, this hesitation gives Geralt enough time to attack and chop off the centipede’s head from behind. The centipede is an interesting creature and a new addition to the growing list of monsters. He looks like an overgrown centipede with four eyes, spiked paws that fight during an attack, and a ram’s horn. The creature’s striking design contributes to the fact that the scene where it fights Geralt and Cirilla is one of the most memorable fights in the second season of The Witcher.

Geralt suspects that the centipede is the result of a mutation, and after killing her, Geralt takes her head to Triss to study it and find out its origin. Triss discovers that both the millipedes and the Goblin have traces of stellacite, found only in monoliths. Geralt then goes to Istredd, who studies the history of the continent, for help.

Geralt and Istredd travel to Cintra in Season 2, episode 5 “Turn Your Back” to find the Cirilla monolith that collapsed in season 1. unveiled in the second season. Soon, Cirilla’s cry from Caer Morhen confirms this, and they discover the presence of a new monster that has escaped from another world. Let’s hope that season 3 of The Witcher will shed light on the ancient monoliths and their origin, but one thing is clear: whatever the reason for their existence, it does not bode well for people living on the continent.