Home Entertainment The Witcher Trilogy — a new trilogy about the Witcher, announced by... 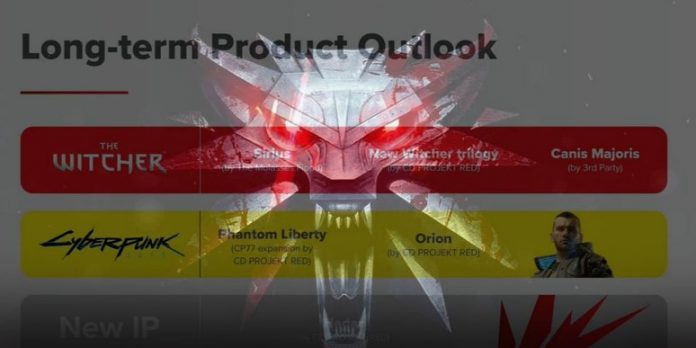 Three new Witcher projects have been announced: Sirius, Polaris and Canis Majoris, which include a new trilogy of Witcher games.

Today is a day of celebration for fans of The Witcher, as CD Projekt Red announced during the investor presentation that there will be many new games from the Witcher universe in the future. However, please note that CDPR’s presentation wasn’t just called a “Long-term Product Review”, so don’t expect any of these games to be released anytime soon.

The Witcher franchise has been CDPR’s greatest work so far, and it’s no surprise that the Polish development studio won’t shy away from creating new stories from the Witcher universe even after Geralt leaves Rivia for The Witcher 3: Wild Hunt. The Witcher was widely featured in the CDPR presentation, and the company announced that several major Witcher projects were in development.

The games don’t have real names yet, but instead they are called developer codenames.:

The Witcher Polaris is the code name of the next part of The Witcher series, which is currently in preparation. This is the beginning of a new trilogy “The Witcher”, which will be followed by two more games.
The Witcher Canis Majoris is another full—fledged Witcher game, separate from the new Witcher trilogy. The game will be developed by an unnamed external studio headed by experienced developers who worked on past games of the Witcher series.

The Witcher Sirius — developed by Molasses Flood, CD Projekt studio, with the support of the CDPR core team directly. The game will be aimed at a wider audience, offering multiplayer gameplay on top of single-player, including a campaign with quests and a plot. It’s worth noting, though not entirely revealing, that Molasses Flood’s previous work includes Drake Hollow, an open-world survival RPG sandbox.

Given CDPR’s long-term schedule, we can expect that a new Witcher game will be released approximately every three years. Despite this, CDPR swears that they will not sacrifice their artistic vision just to meet deadlines. CDPR also reaffirmed its commitment to make its production schedule more manageable and make the work environment less toxic. It will be interesting to see how CDPR balances its commitment to a better work environment and meeting production deadlines.

As for other news, CDPR also announced a new sequel Cyberpunk 2077, which will be released after or simultaneously with the latest releases of the Witcher trilogy, as well as a new IP that belongs entirely to them. It is noteworthy that CD Projekt Red has so far created Triple A games in universes that were created by other creatives, on which they were successfully based. This new IP will be the first time CDPR will create its own world, but CDPR also clarified that this new IP will not necessarily come out with its own game right away.

Is it time for the release of Animal Crossing in the...