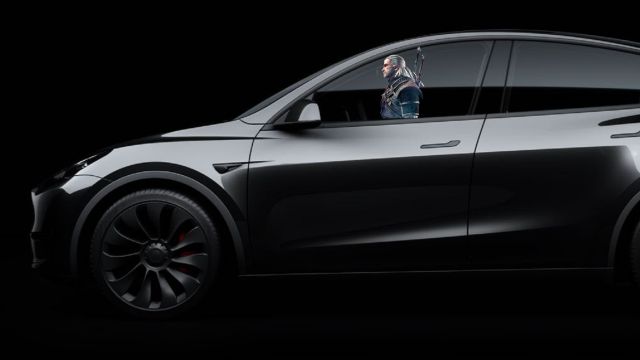 Toss a Coin to Your Witcher can be used as part of the vehicle’s Christmas update, so you can play it as sound.

Tesla vehicles aren’t exactly Sardinilla, Geralt of Rivia’s faithful mare in The Witcher. However, fans of the witcher who purchase the Tesla Model Y, one of the company’s newest electric cars, will find that the spirit of the character is present in the form of a musical melody. And it is that the Christmas update allows to incorporate the great musical success of the Netflix series, Toss a Coin to Your Witcher. This has been credited by Joel Taveras, the co-founder of DualShockers.

According to Taveras, this vehicle implements a functionality (Boombox) through which some musical themes can be used as sounds for driving. In addition to La Cucaracha, those who have this car will be able to liven up their trips with the song of Dandelion, as can be seen in the tweet below these lines. Sounds are played through the car’s external speakers.

The arrival of the second season of the series will still be delayed a few months. It is known that filming will not end until early 2021, as the coronavirus situation has forced production to stop on at least two occasions. These problems have caused changes in the calendar, as well as the departure of one of the actors due to labor incompatibilities. Be that as it may, Netflix has not modified its intention to release the product sometime next year. Exactly what date remains to be seen.

In 2021 there will be a second premiere related to the Andrzej Sapkowski saga. The Witcher: The Wolf’s Nightmare is an anime-type film starring Vesemir, Geralt’s mentor in the sorcerers’ guild. The film will take us to know the history of this character, who will begin to take his first steps in the guild. Therefore, it is a plot prequel.

US Works on Law to Prevent Huawei from Supplying Processors