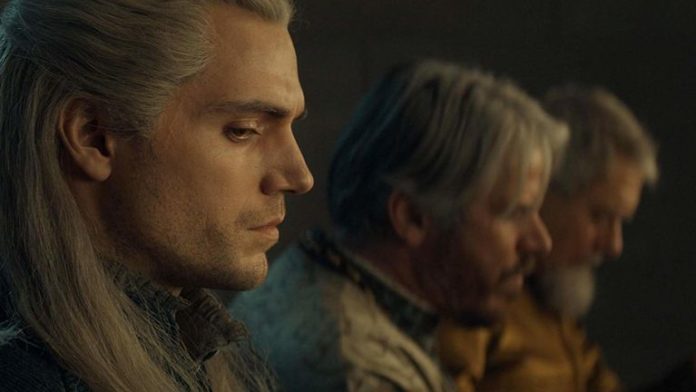 ‘The Witcher’ is already one of the most successful Netflix series in this 2019. Adaptation of Andrzej Sapkowski’s novels, which achieved fame by adapting to the famous video game, the series shows us a new format (that of the small screen in ‘streaming’) for the story of the sorcerer Geralt de Rivia (Henry Cavill), a mercenary in decline and in search of his destiny, which will end up going through the lives of the sorceress Yennefer (Anya Chalotra), who struggles to control his powers , and Princess Ciri de Cintra (Freya Allan, who they say is the new Arya from ‘Game of Thrones’), a royal heiress whose kingdom has fallen out of favor. Everyone lives in a fantasy world full of magic, monsters, wars and prophecies. And also of a somewhat confusing timeline.

[If you want to avoid spoilers of the season, stop reading]

The Netflix series has surprised us in its first eight episodes, in which history jumps without us noticing. The dates on which the events take place vary without notice, on a road with three bifurcations (those of the three main characters) that will end at the same point at the end of the season. To understand this timeline, several things must be taken into account. The most important, that the aging process is not the same as ours for all the characters. Geralt de Rivia begins the story with about 100 years of age, and two decades before the first events we live with Ciri, who is a human girl. Yennefer, having magic, also ages more slowly. In an interview, the showrunner of the series, Lauren Schmidt Hissrich (‘The Umbrella Academy’, ‘The Defenders’), said the following: “Ciri’s story takes place over two weeks, Yennefer’s for 70 years, and the of Geralt about twenty years. ”

As we can see, the accounts are not easy, but we will try to clarify ourselves. This would be the chronology of this first season, according to what we discovered in the series and the information that Hissrich has been providing in interviews to the media, and taking as a starting point the fall of Cindra:

– 100 years or more. In the flashback of episode 8, we see how Geralt de Rivia’s mother leaves him at a training school for sorcerers. It is the beginning of its history, its origins.

– 70 years ago. As we see in the second episode, a sorceress appears on the farm where Yennefer lives with her family and buys her in order to enter her in her magic school, where she can develop her full potential. It is the first time that we see her in the series, and in the third episode, and still this temporary strip, we will see how she transforms her body (disfigured from birth by her condition of half elf) and becomes the advisor of King Aedirn.

– 40 years ago. The fourth episode continues telling us chronologically the story of Yennefer, who now has to accompany Queen Kalis of Lyria and her daughter home. However, a murderer attacks them and their protected die. The sorceress then decides to go her own way.

– Between 20 and 10 years ago. It is in this period where ‘The Witcher’ begins, in episode 1, where we see Geralt de Rivia kill Renfri and earn his Blaviken Butcher title. From here, his story in the series progresses chronologically: in episode two he meets his partner Jaskier after the incident with the elves, in the third he raises a curse and in the fourth he attends the banquet of Queen Calanthe of Cintra , who is currently pregnant with Ciri.

– 13 years ago. Geralt and Yennefer meet in episode five, after the banquet. Here we realize how useful Jaskier’s songs are to guide us in the timeline of the series. In the sixth episode, not far from this moment in time, both characters will meet again to confront a golden dragon. In Cintra, little Ciri is about to be born.

– The fall of Cintra. This is the central event of the season, and what happens is important to understand everything. Before the enemies take over the city, Geralt returns to claim a request he made the last time they met: he loves Princess Ciri. But his mother, Queen Calanthe, is not willing to give her up, and imprisons him. It will be there where the war between Cintra and the Nilfgaard passes, where Yennefer will lend a hand in fighting the royal family. All this happens in the seventh episode. Then, the first episode of the series should be returned, when the queen dies and Ciri escapes through the woods. And immediately back to the eighth and final episode, where Geralt manages to escape from prison during the chaos, although he is seriously injured.

Biden will replace its fleet with electric vehicles

The Witcher: Henry Cavill too muscular? It complicated the work of...