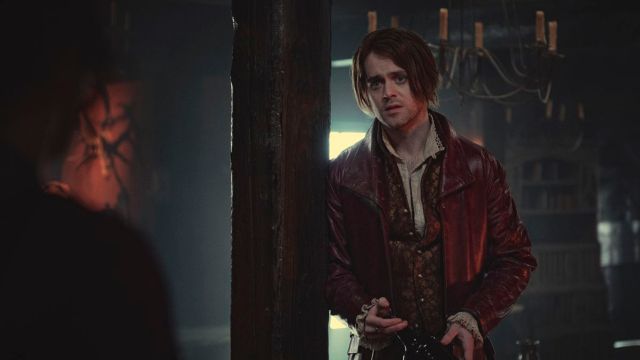 The Witcher: The bard Dandelion continues to delight us with his music in the new episodes starring Geralt de Rivia and company. When The Witcher premiered its first season on Netflix, one of the musical themes went viral. Dandelion, the bard who haunts Geralt of Rivia wherever he goes, wielded his musical instruments to perform his iconic Toss a Coin. This song triumphed in such a way that a Russian cover has even been made. And so, already in the context of the second season, the musician makes his talent available to a whole tavern.

He does it with his new hit, Burn, Butcher, Burn, a lively song that will delight viewers. We won’t say anything about the story so as not to ruin the experience, but anyone who wants to hear Dandelion in action can do so thanks to this video, just below these lines (courtesy of user Ritesh Bagati, YouTube).

That The Witcher will continue with new stories is no secret. Given the success of the series, Netflix has decided to renew it, although we will still have to wait to enjoy new episodes. This has been assured by Lauren S. Hissrich herself, who has confirmed that the creative process has just begun. Be that as it may, the scripts are almost complete, so the actors and directors of the episodes will be brought back soon.

The wait may be a bit long, but fortunately we will not have to wait that long to enjoy a product set in the universe created by Andrzej Sapkowski. And not only because CD Projekt RED is going to release an optimized version of The Witcher 3: Wild Hunt for new generation systems, but also because Netflix is ​​preparing The Witcher: Blood Origin, a six-episode miniseries that will function as a prequel and that will debut on next year 2022 on the platform.

Prince Harry’s Spare Part Is Taking The Internet by Storm, But...