Home Entertainment The Witcher: Monster Slayer, Out Now; How To Download Free on iOS... 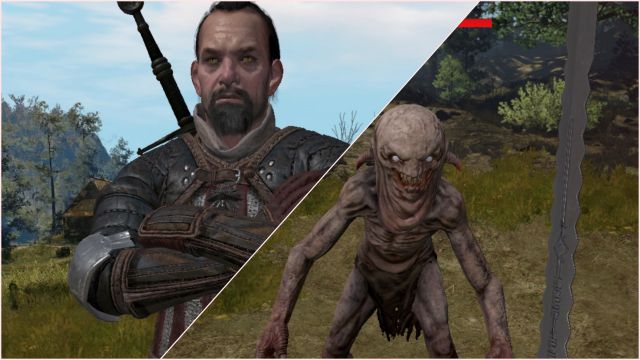 The Witcher: franchise makes the leap to augmented reality with Monster Slayer, now available for free for Android and iOS mobiles; How to download The Witcher: Monster Slayer is now available on iOS and Android devices. This new installment takes the brand to augmented reality for mobiles, as if it were Pokémon GO. The only change with the Niantic title is that we went from Pokéballs to silver swords and sorcery. The texts are localized to Spanish.

We must remind you that the game is free to play (F2P), that is, free to play but with microtransactions inside. On Android systems you must have a version installed from 7.0 onwards; on iOS requires version 12.0 or later. To install it you must have at least 1.9 GB of free space on your mobile.

During the first days of release, you can receive Kaer Morhen’s Steel Sword, a free reward that increases experience gained by 10% for each monster defeated. You will know you have it when you enter the character’s inventory.

This is The Witcher: Monster Slayer

“The Witcher: Monster Slayer is an exploration game in augmented reality that challenges you to become an elite monster hunter,” explains those responsible, Spokko, in the official description. “As you explore around the real world, each step will take you deeper into a dark fantasy adventure like no other.”

Once you start the game you will appear in your real location in the world. Around you you will see monsters to defeat to get their trophies. The bestiary is made up of 78 specimens divided into three different types: basic (37), rare (25), and legendary (16). Some will be drawn directly from the video game trilogy, while others will be unreleased for gamers.

Hitman 3 will have DLCs based on the 7 deadly sins