Home Entertainment The Witcher: Blood Origin, the prequel on Netflix 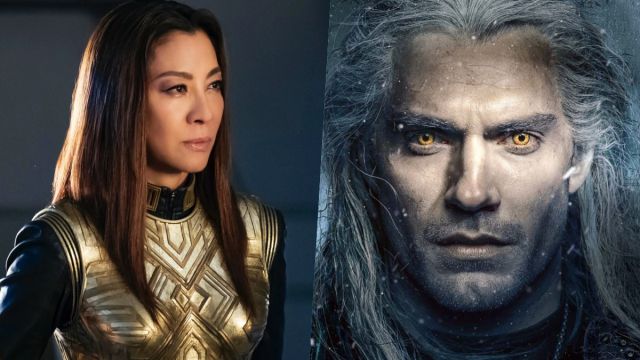 The Witcher: Michelle Yeoh joins the cast of the series to play a warrior from a nomadic tribe of elves. The second season of The Witcher will premiere later this year, but works based on Andrzej Sapkowski’s novels and characters will continue to be seen on the small screen. One of them will be The Witcher: Blood Origin, a prequel set 1,200 before the events narrated in Geralt of Rivia’s timeline. The platform has just announced that Michelle Yeoh, one of the stars of Star Trek Discovery, has joined the cast of fiction.

She has announced it by Netflix itself through social networks, where she has drawn an outline of the character that she will play in fiction. “The Witcher: Blood Origin has cast Michelle Yeoh as Scían, the last of a tribe of swashbuckling elves and nomads. She is an artist with the sword on a deadly mission that will change the destiny of the continent ”, they confirm.

What will the new series narrate?

It is a miniseries of only 6 episodes. The story will take place before monsters, humans, and other creatures even lived together in the same dimension. The story will tell how that point was reached, as well as the creation of the first sorcerer, a guild of monster hunters whose members undergo mutations that give them special abilities and powers.

Jodie Turner Smith, for her part, had been announced as the actress who would play the role of Éile. However, a Netflix representative told Deadline that due to scheduling problems, it would not be possible, so she has finally had to resign her role. The name of her surrogate has not been announced. What is known is that the character continues in the script. She is an elite warrior with a prodigious voice who decides to leave her position as the queen’s guard to start an artistic career. The globetrotter finds herself immersed in a conflict that forces her to use her skills as a warrior.

In addition to The Witcher and The Witcher: Blood Origin, Netflix is ​​preparing The Wolf’s Nightmare, an animated prequel starring Vesemir, Geralt’s mentor.

Cyberpunk 2077 Disappears From PS Store Top-20 a Month After Its...