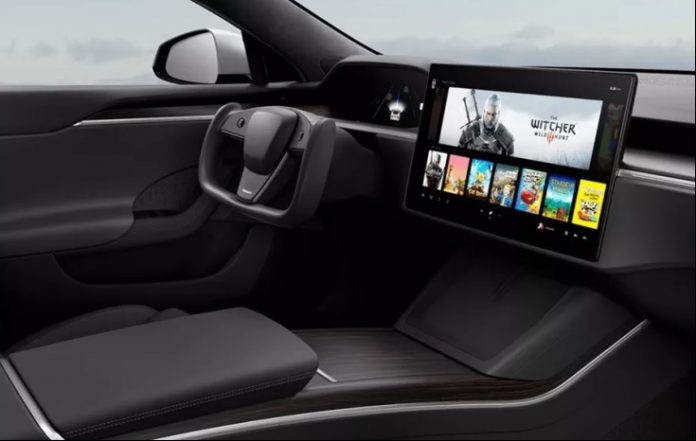 Introduced with the images shared today and completely renewed Tesla Model S; It attracted great attention with its new futuristic interior design, a new steering wheel with butterfly design and an increase in range. However, according to a report from Elon Musk, the new Tesla Model S will also have new merits that will offer a ‘more enjoyable gaming experience’.

Tesla car drivers have been playing games for about 3 years whenever they are bored in the driver’s seat. In this journey, which first started with classic arcade games in the in-car game system called TeslAtari, the drivers will be able to play games that can be played on new generation consoles in the vehicle.

Elon Musk announced the news with a fun tweet:

According to the news, the renewed Tesla Model S will come with a hardware that will compete with the new generation game consoles. Thanks to the multimedia screen that is made horizontal and the resolution has been increased from 1900×1200 to 2200×1300, drivers will be able to play many games in their vehicles.

Elon Musk preferred to make a small survey on his Twitter account while giving this news and asked his followers; ‘Would you like to play The Witcher on your new Tesla Model S?’. Musk also added a footnote to his question; ‘You can watch the series on Netflix.’ Of course, as you can imagine, the number of people who want to experience this for now in the survey is quite high.

It is thought that many different games can be played in Tesla Model S:

With this new and powerful hardware news, it is thought that many ‘new generation’ games can be played in Tesla Model S. However, of course, in order to experience the joy of playing in this ‘autonomous vehicle’, you need to have an average of 80,000 dollars.