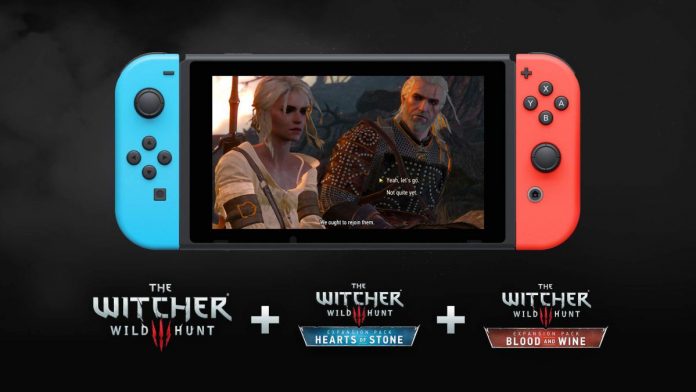 CD Projekt RED confirms on Twitter that the Complete Edition will no longer be available for purchase soon. The Witcher 3: Wild Hunt was marketed on Nintendo Switch in its Complete Edition, which includes all the DLC and the two major expansions, all on the same card (or digital download, of course).

However, CD Projekt RED will provide a new possibility to its users: to be able to buy each of its elements separately, that is, the base game on the one hand and the DLC on the other.

The information has been published on the official Twitter account of The Witcher, which includes a longer article with all the doubts resolved. “We have decided to change the way we sell the game to offer players more flexibility. At the moment, both versions will be available on the Nintendo eShop, but the Full Edition will be withdrawn ”later to be replaced by the separate products.

Of course, those who already own The Witcher 3: Wild Hunt Complete Edition will be able to download it again even when it is removed from the Nintendo store. To ensure that no owner of this edition buys the game separately on the eShop, the studio will offer a 100% discount (full price) to all these players (digital or physical, they point out in the article).

Regarding the compatibility of saved games, CD Projekt RED informs that the files of the Complete Edition will not be directly compatible with the version sold separately, although those that transfer the product to the PC version (it has cross-saved ) yes they can.

The Witcher 3: Wild Hunt has been adapted for the Nintendo console by Saber Interactive, which is currently working on the next generation version. The title will be available for PC, PS5, Xbox Series X and Xbox Series S at no additional cost to all those who own the game on the previous platforms.