Home Entertainment The Witcher 3: Regis’ Return was a smart Move 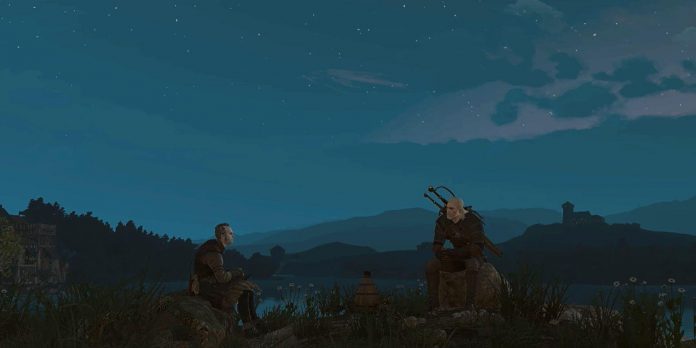 The Witcher 3 is praised not only for its great plot, but also for an excellent set of secondary characters. Each of Geralt’s allies has its own backstory, as well as its own role in the overall plot, complementing the already rich history of the game. This trend extends to the main expansion packs of the game.

In the Blood and Wine DLC for The Witcher 3 game, Geralt reunites with an old friend, a barber surgeon and a friendly neighbor vampire Regis. When they meet in Toussaint, it becomes clear that they have a long history. In fact, it covers most of The Witcher book series, so it was right to include it in the game.

Regis in The Witcher

Regis first meets Geralt in 1267, five years before the events of The Witcher 3. Geralt and his company go in search of young Ciri and accidentally meet Regis in his dwelling in the old elven cemetery. They are understandably wary of a strange man living among the dead, but they quickly take a liking to him when he offers them a distillate from mandrake.

Regis then joins Geralt’s squad, as he believes it’s time to leave the cemetery. After a while, Geralt and Buttercup are captured by the Nilfgaardian troops. It was Regis who saved them by breaking into the prison and freeing two of them — and all this without warning the guards. It was then that Geralt realized that Regis was the highest vampire in The Witcher. Although the Witcher warned him not to return, Regis returned, stating that someone should attend to Buttercup’s wounds.

By that time, Regis was the main player in Geralt’s squad. The rest of the squad feared that their blood was being drained, but Regis assured them that he had not drunk blood. Thus, he became one of the Witcher’s most reliable companions. He relied on the vampire’s judgment in the most terrible situations and even trusted him to rescue Ciri when they broke into her prison.

Unfortunately, this is the end of the Regis story, at least in the book canon. In the final confrontation with Vilgefortz, the powerful magician from The Witcher who captured Ciri, Regis appears before the magician manages to kill Yennefer. However, the vampire was no match for Vilgefortz, and the magician turned him into a slop with his fire magic. When Geralt finally defeats Vilgefortz, Yennefer asks him who this man is. To which he replies: “Friend. I’m going to miss him.”

What makes Regis a great character

In the books, Regis’ motivation to help Geralt was never explicitly mentioned, although it can be argued that at first he followed him out of curiosity. After all, witchers are often considered self-serving monster killers. So Geralt’s desire to save a loved one — and also the potential wife of the Nilfgaardian emperor — is a rare sight.

However, later simple curiosity turned into a real friendship. Geralt’s personal rule against killing intelligent monsters kept him from harming a vampire. Moreover, the Witcher did not allow any prejudices or far-fetched myths to spoil his opinion of Regis. Most of all, Geralt genuinely cared about his comrades and did not want them to get hurt. He even tried to get rid of them, arguing that the mission to find Ciri in The Witcher books was his only one. No one, of course, paid any attention to him.

This is what makes the main quest “Blood and Wine” in The Witcher 3 so significant. Regis is determined to save Detlaff, the vampire who brought him back to life. Geralt joins him in his quest, often breaking his contract with Duchess Anarietta for Regis. The vampire even comments on what Geralt is doing for him, asking why he just doesn’t leave. To which the player can reply: “For you. […] I’ve seen you die once before. Once was enough.”

CD Projekt Red was right to bring Regis back to The Witcher 3. Besides being a beloved and interesting character from the book series, he is also one of Geralt’s closest friends. The main quest line in “Blood and Wine” is evidence of a connection between two alleged freaks.

The Last of Us: HBO Series Has Neil Druckmann As Director