Home Entertainment The winner of the 18th season of “The Bachelor” Nikki Ferrell is... 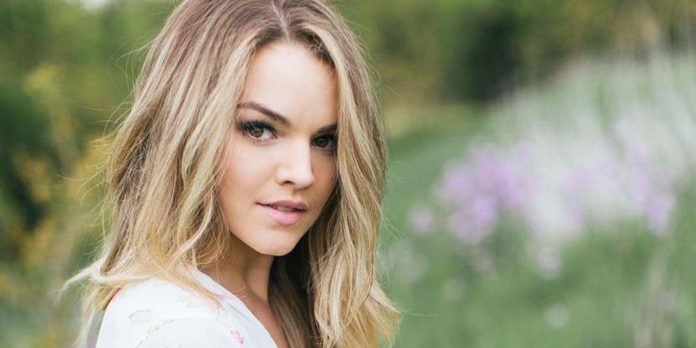 Nikki Ferrell, the winner of the 18th season of “The Bachelor” with Juan Pablo Galavis, is expecting her first child. Nikki, a 35-year-old pediatric nurse from Missouri, was one of 27 participants who fought for the heart of Juan Pablo in 2014. This season, which also starred the future lead roles of Bachelorette Claire Crowley and Andy Dorfman, Juan Pablo and Nikki created, it would seem… a natural connection leading to Nikki receiving the first rose four times. In the end, Juan Pablo gave Nikki his last rose during the finale in March 2014, but decided not to propose to her, which is a rarity in the Bachelor finale.

Although Nikki and Juan Pablo were determined to work on their newfound relationship, the duo eventually broke up in October 2014 after starring in the fifth season of Couples Therapy. Almost three years after the separation of Nikki and Juan Pablo, in August 2017, the former bachelor married a Venezuelan model. Osmariel Villalobos. However, their divorce was finalized in 2020. Nikki, on the other hand, started a relationship with Tyler VanLu in 2015 and married him in October 2016. they broke up in 2018, although they eventually reconciled in 2020. Tyler and Nikki’s relationship wasn’t the only one that needed to be fixed, as Nikki and Juan Pablo reunited (as friends) for the first time since their bachelor breakup in September 2021.

Related: Bachelor: The Most Disorderly Leads in Franchise History

As a pediatric nurse, Nikki made her love for children very clear, and on June 27, she announced that she was expecting her own. Nikki announced the good news on Instagram with a photo of her growing tummy and a big smile on her face. Announcing that her pregnancy is already halfway through, the former Bachelor contestant captioned the image: “A little more than half the way, and the only thing I crave is to look at my abs again,” with a blue heart emoji, which may mean that she is expecting a son. Although it seems that Nikki and Tyler are still together, it’s interesting to note that Nikki doesn’t mention her husband in the ad. Tyler’s own Instagram also makes no mention of Nikki’s pregnancy.

Nikki’s pregnancy announcement is the latest among Bachelor Nation alumni, as several other stars have shared their good news this month. In early June Lauren Bushnell, the former fiancee of the main character Ben Higgins, and husband Chris Lane have announced that they are expecting their second child. A few days later, Tia Booth from season 5 of “The Bachelor” and “Bachelor in Paradise” Arie Luyendyk revealed that she is also expecting a child from her fiance Taylor Mock. From pregnancies to breakups and engagements, there’s always something going on in Bachelor Nation. Fans not only wish good luck to their beloved former members, but also can’t wait to meet their babies.

The Suicide Squad And Dune Already Have A Release Date On...