Home Tech The WiFi That Works With Nuclear Radiation and The Most Expensive Material... 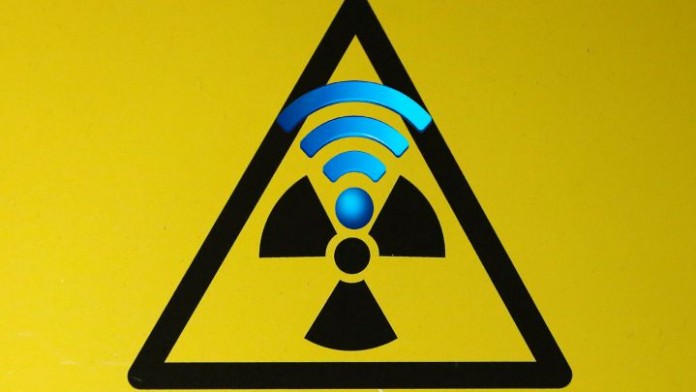 WiFi: Californium is a radioactive chemical element first obtained at the University of California at Berkeley in 1950 by bombarding curium with alpha particles. It is the heaviest element produced on Earth, and it is also the most expensive after Antimatter, since obtaining just 1 gram of Californium-252 is worth almost 24 million euros …

What uses does this exotic material have? It can be used to help ignite nuclear reactors, and in the nuclear synthesis of elements of greater mass. And from this year, also to create Wi-Fi signals. Because that’s what this story is about: A type of nuclear Wifi that has been created using nuclear radiation to transmit digital data wirelessly instead of electromagnetic waves. No, this is not something Tony Stark has pulled up his sleeve, but it is true.

The researchers measured the spontaneous emission of fast neutrons from californium-252, a radioactive isotope produced in nuclear reactors. Modulated emissions were measured with a detector and recorded on a laptop. And in the experiment several examples of information were successfully sent: A word, the alphabet and a random number selected blindly.

This digital data was “serially encoded in neutron field modulation and the output was decoded on a laptop that retrieved the encoded information on the screen”, achieving what they were looking for: wireless digital information transmission. All transmission tests performed were 100% satisfactory.

Professor Malcolm Joyce of Lancaster University noted that: “We demonstrate the potential of fast neutron radiation as a wireless communication medium for applications where conventional electromagnetic transmission is not feasible or inherently limited.”

According to him, fast neutrons have an advantage over conventional electromagnetic waves, which are considerably weakened when transmitted through materials such as metals.

Since the anti-nuclear energy campaigns of the 70s and 80s, and elements such as nuclear weapons or accidents as sadly iconic as the Chernobyl nuclear plant that are still present, nuclear energy continues to have a bad reputation although today many experts advocate for a mix of renewable and nuclear energy in “climate-friendly nuclear power plants”, in addition to building new ones to guarantee an electricity supply, and that we will not go through the current crisis in which we live, with the price of kilowatt-hour triggered by a fuel energy crisis.

Therefore, a WiFi based on radioactive energy makes us wonder about its need. What uses and advantages can nuclear WiFi have that conventional WiFi cannot?

According to Joyce, it can be applied to increase safety in certain critical scenarios, “such as those related to the integrity of reactor containments and the metal vaults and bulkheads of maritime structures.” A radioactive Wi-Fi can be important to “minimize the number of penetrations made through these metallic structures for the communications wiring”.

The use of neutrons for the transmission of information through such structures could “negate the need for such penetrations and is perhaps also relevant for scenarios where limited transmissions are desirable in difficult circumstances, such as for emergency rescue operations.”

Fast neutrons could also be incorporated into mixed-signal electronic systems to get the signal mixed between electrons and neutrons. This could contribute to the requirement to ensure the integrity of the information transfer.

The New Feature Of Instagram Reels, Which Follows TikTok, Is Introduced