Home Science The whitest paint in the world has been developed: it can be... 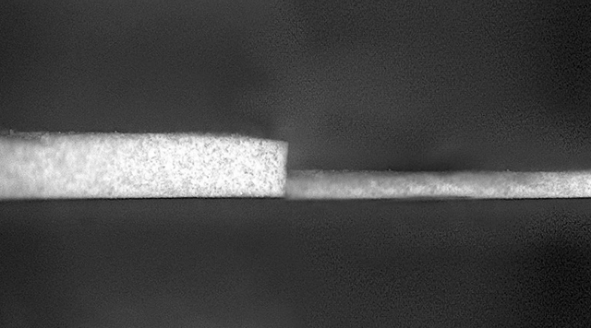 Thanks to the new success, white paint, which is used especially on ships, airplanes or residential buildings in hot regions, will now be much more effective because it reflects sunlight at a high speed. Scientists have managed to develop the “whitest paint”.

This year, the whitest paint in the world managed to get into the Guinness Book of Records. Scientists from Purdue University, who developed this paint, were able to make it much thinner. Scientists have published their achievements in the journal Cell.

The new paint is much thinner and lighter, so it can also be used on airplanes and cars:

The new paint, developed according to general data, has a thickness of only 150 micrometers. Thanks to its fine structure, the paint manages to reflect 97.9% of the sunlight falling on it. Thus, the internal temperature of the area covered with paint becomes 5-6 degrees below the ambient temperature.

On the other hand, the paint, although thinner than its predecessor, showed a decrease in reflectivity. The previous paint with a thickness of 400 micrometers had a reflection coefficient of 98.1%. But the paint could only lower the interior temperature by 4.5 degrees relative to the ambient temperature.

However, the new paint, thanks to its much thinner structure, can now be used in vehicles whose weight is extremely sensitive, for example, in airplanes. In addition to airplanes, paint can appear on clothes, shoes and even cars. A paint patent application has just been filed. Therefore, we may have to wait a bit for commercial use of paint.

Discussions End With A New Research: Mobile Phones Do Not Cause...

19 asteroids detected near Jupiter are thought to come from outside...