Home Entertainment The Wheel Of Time: When It Opens, Trailer And Cast Of The... 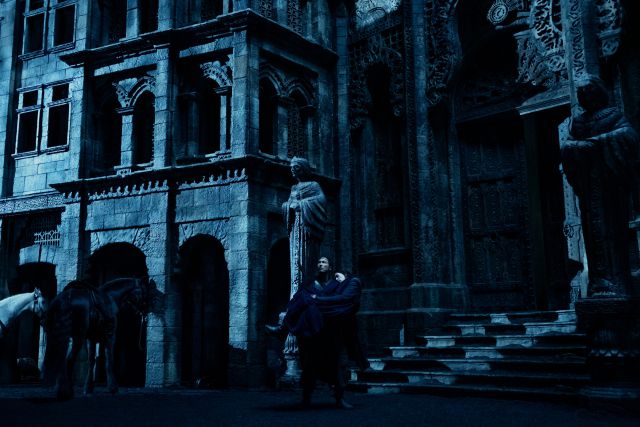 The Wheel Of Time: We tell you everything you need to know about the new Amazon Prime Video series, a fantasy saga based on the homonymous books. Everyone is looking for their particular Game of Thrones, and although Amazon Studios has a Lord of the Rings series on the way, which will debut on September 2, 2022, Amazon Prime Video will air another very special series. The wheel of time counts the days on the calendar and we will soon be able to enjoy it on Amazon Prime Video. To whet your appetite, you have the opportunity to see the official trailer (on these lines) and to discover the release date and the main cast.

Based on the series of books written by Robert Jordan, The Wheel of Time presents an epic and fantasy world where only some women can access magic. Moiraine is part of a women’s organization called Aes Sedai, a very powerful group of women. She will arrive in the small town of Dos Ríos, where she must embark on a dangerous adventure with five young men. One of them “has been prophesied as the Dragon Reborn and that he will save or destroy humanity,” says the official synopsis.

When is The Wheel of Time released?

Like other Amazon Prime Video fictions, the series will not premiere all episodes at the same time, as other platforms such as Netflix usually do. Instead, The Wheel of Time will debut its initial three episodes on November 19. Then, week by week, the plot will unfold until it reaches its final chapter, on December 24. In total, eight episodes full of action and fantasy.

This is the main cast

This Amazon Studios and Sony Pictures Television co-production features a cast that is led by Roasmund Pike (Moraine in the series), the Golden Globe winner for her role in I Care a Lot. We also find Daniel Henney, who puts himself in the shoes of the protagonist’s guardian. The character of Logain Ablar remains in the hands of an old acquaintance from La Casa de Papel, nothing more and nothing less than Álvaro Morte. Zöe Robins and Madeleine Madden, two not-so-well-known actresses, play Nynaeve and Egwene respectively. More names? Josha Stradowski plays Rand, Marcus Rutherford plays Perrin, and Barney Harris plays Mat.

Animal Crossing New Horizons: Nintendo Warns Of An Error That Could...