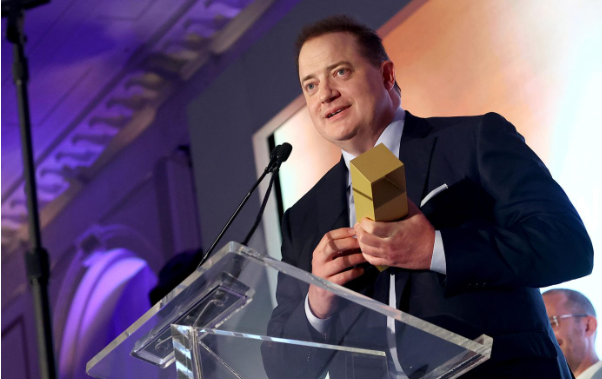 A faithful and faith-filled adaptation of Samuel D. Hunter’s 2012 play “The Whale” unfolds within four walls: the abandoned, darkened living room of online English lecturer Charlie. Honing the last week of his protagonist’s life, he explores great themes — life, death, religion, shame, forgiveness — and turns to classic literature such as Moby Dick and even the Bible. Charlie (Brendan Fraser) has become morbidly obese after the suicide of his late partner Alan, and as his own death is fast approaching, he is trying to reconcile with his estranged daughter (Sadie Sink) and ex-wife (Samantha Morton). Strikingly different from the visual spectacle and surrealism of Darren Aronofsky’s previous work, “The Whale” remains true to the Spartan setting of the play.

Although the claustrophobic setting of “The Whale” is spectacular on the screen — theatrical dialogues create an interesting stylistic touch — some characters lack nuances, and more poetic passages seem incomplete. The sheer hypocrisy of Charlie’s family plays an important role — they judge him for his supposed moral flaws when he drinks vodka, abuses sleeping pills and harbors secret shames — but most of the characters who break into and out of his living room seem flat and unfinished.

Portraying Charlie’s self-destructive teenage daughter Ellie, Conch Shell (“Very Strange Things”) plays basically one note: anger. Casually comical, he gives her character a soapy superficiality. Elsewhere, Marvel alum Ty Simpkins brings crystal-clear innocence to fugitive Mormon missionary Thomas, but curiously, Aronofsky’s adaptation is missing a key plot point. In the original play, it is implied that Thomas is fleeing from the intense shame he feels because of his homosexuality, denying his own desires in a fruitless attempt to save his soul by “correcting” others. However, here Thomas is just a caricature with a Bible and an occasional marijuana habit.

Meanwhile, Charlie demands honesty from everyone around him and leaves his little daughter and wife to be with the man he loves. He is also adamant that he will not touch the money he has saved for Ellie, even if it means he cannot afford to go to the hospital. The contrast between the two characters almost evaporates in Aronofsky’s version.

It must be said that Brendan Fraser, returning to the cinema at a long-awaited time, invests in the central figure of “The Whale” the maximum sympathy and care, as far as possible within the significant framework of the script. And Hong Chau exudes both coldness and concern; whenever she enters a room, the clumsier elements suddenly settle down. However, even these strong performances cannot fully focus “The Whale” — a story that pretends to struggle with existential themes, but in fact understands nothing.