Home Crypto The wealth of the rich has melted away: Mark Zuckerberg has become... 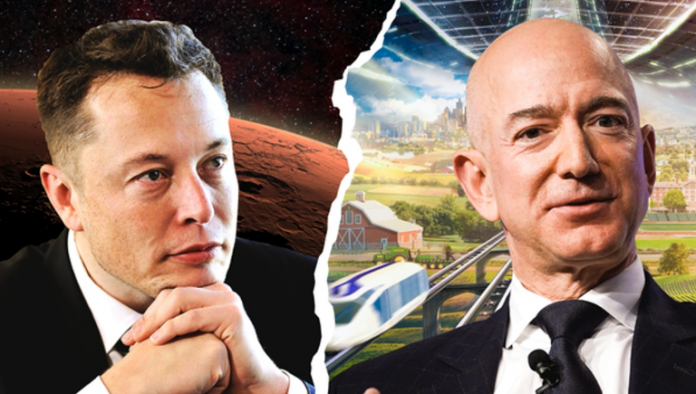 Forbes has published a list of the Forbes 400 richest people in the United States. Elon Musk topped the list, overtaking Jeff Bezos, who had been number one for four years. It did not go unnoticed that Meta CEO Mark Zuckerberg lost about $77 billion and dropped to 11th place.

In the last few years, global problems such as pandemics and wars have negatively affected the economies of many countries, at the same time forcing giant companies to experience financial difficulties. In this regard, there have been some changes in the lists, which included the richest people. Now the American business magazine Forbes has shared its list of the Forbes 400 richest people in the United States.

The Forbes 400 list, published by Forbes for the 41st time, included 400 of the richest businessmen in the United States and revealed the impact of high inflation. When considering the version of this year’s list, which is published every year, it is clear that the total value of names in the top twenty is 1.6 trillion dollars, and this amount corresponds to almost 40% of the entire list. Let’s add that this number is $235 billion less than in the previous year. The total loss of the list compared to the previous year is $ 500 billion.

Consider the details of the list. Significantly increased his fortune this year; in fact, the CEO of Tesla and SpaceX, Elon Musk, whose fortune at one time exceeded $ 300 billion, took first place, increasing his fortune by about $ 60 billion compared to last year. Musk, who also holds the title of the richest man in the world, achieved this by surpassing Jeff Bezos, who topped the list for four years. The 51-year-old Tesla CEO’s current net worth is $251 billion.

In second place on the list is Jeff Bezos, the founder of Amazon, who has been at the top for four years in a row. A well-known businessman lost about $ 50 billion after Amazon shares fell. Bezos’ current net worth is $151 billion.

The third place in the Forbes 400 is occupied by Bill Gates, who lost $ 28 billion. The current net worth of the CEO of Microsoft is 106 billion dollars. When we look at the rest of the list, we see Oracle CEO Larry Ellison in fourth place with a fortune of $101 billion. In fifth place is Berkshire Hathaway CEO Warren Buffett, 92, with a fortune of $97 billion. The devaluation of all names, except Mask, does not escape attention.

It would not be a mistake to say that the brightest name on the list is CEO and founder of Meta (formerly Facebook) Mark Zuckerberg. The 38—year-old entrepreneur became the biggest loser on the list due to a huge drop in the company’s shares. Accordingly, this year Zuckerberg has lost approximately $77 billion compared to last year. With a fortune of $57.7 billion, the businessman also ranked 11th among the 10 richest people.

In addition, Forbes added that the total income of the rich in the United States is 11% less than a year earlier.

A New Restrictive Cryptocurrency Bill Is In Congress!