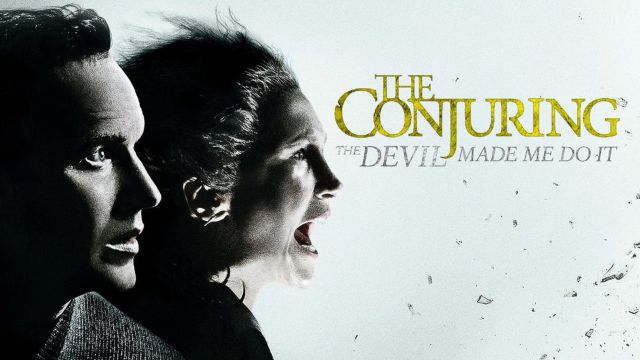 The Warren File: The prolific saga returns with a new feature film, which will once again focus on the more paranormal side of horror.Wandering spirits, ghosts that appear and disappear, haunted houses, mediums, strange noises. The Warren File has become one of the most brilliant horror sagas. His success has been roaming theaters since the first film. Now it is the turn of a completely new installment. This is Warren File: Forced by the Demon, a film that has just outlined its first sequences thanks to its first trailer, which is now available with its Spanish dubbing.

The official synopsis provided by Warner Bros explains that the film tells “a chilling horror story”, in which the murders and unknown evil “that shocked even seasoned paranormal investigators Ed and Lorraine Warren” have come true. Despite how much these characters have experienced, it is one of the most sensational cases they have experienced in their professional careers.

It all starts with the fight for the soul of a child, “which ends up dragging them beyond anything” they have seen before. Within the Warren universe, it is the first time in American history that a murder suspect has used demonic possession as a defense tool.

Old acquaintances of the saga that return

Patrick Wilson and Vera Farmiga reprise their roles as Ed and Lorraine Warren, while Michael Chaves has been in charge of directing the film. Among the actors we can find are Ruairi O’Connor, Sarah Catherine Hook and Julian Hilliard.

The Warren File: Forced by the Demon is the seventh film set in this universe, which has already grossed more than $ 1.8 billion in total, including the various spin-offs that have been released to date. Among the films that belong to this saga are the first two installments of the Warren File, the three Annabelle films, La Monja or La Llorona. Its premiere is scheduled for next June 2.

Destiny 2 The Fall of the King: A Guide to military...