Home Entertainment The Warren File 3: Release Date, Trailer, And Everything We Know 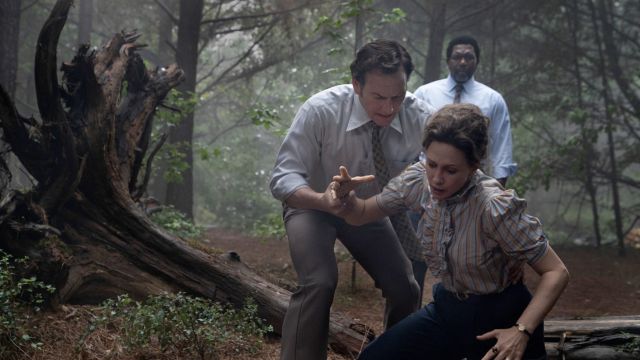 The Warren File 3: The new horror film in the saga will hit theaters this year, we will tell you everything you need to know about it.The supernatural survives. Spirits stranded between the world of the living and the dead, dark manifestations that haunt those who still walk, ghosts and connections between both planes of existence. File Warren 3 will return to explore all these facets of terror in a new film, Forced by the demon.

Although in the United States it will be released simultaneously in theaters and on HBO Max, the truth is that the platform has not yet reached Spain. Warner Bros is expected to transform HBO Spain into this other platform, which will mean the arrival of a completely renewed application. However, there is still no date, beyond that the change will occur sometime in 2021. Therefore, Warren File: Forced by the demon will debut in this country exclusively in theaters, specifically on June 4.

The story takes up the story of the experienced paranormal investigators Ed and Lorraine Warren, who, not tired of their experiences with death, must face new murders and an unknown evil. Although they have lived everything in their flesh, the case that concerns them is one of the most special and sensational. They fight for the soul of a child, which ends up dragging them into a universe of indescribable terror. According to the Warner Bros synopsis, it is the first time within the Warren universe that a murder suspect has used demonic possession to defend himself.

In the cast repeat Patrick Wilson and Vera Farmiga, who return as Ed and Lorraine Warren. Ruairi O’Connor, Sarah Catherine Hook and Julian Hilliard also appear in the film, which has been directed by Michael Chaves. The seventh installment of the saga arrives when almost 2 billion dollars have already been raised, a figure that will surely be reinforced when the Warren File 3 finally terrorizes us in theaters.