Home Entertainment “The Walking Dead” will finally bring back the zombies from the first... 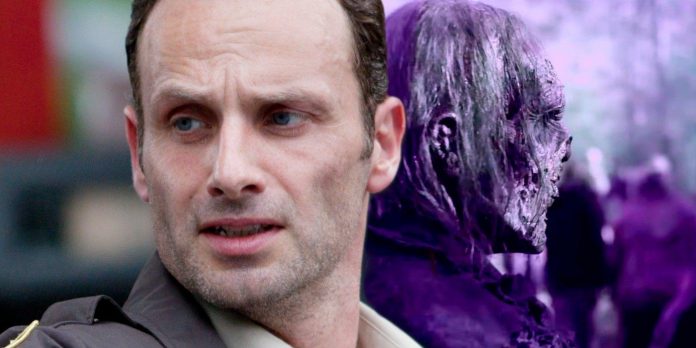 Daryl Dixon and his friends better start doing treadmill, because “The Walking Dead” (re) represent evolved zombies. The zombie hordes in “The Walking Dead” overwhelmingly follow Romero’s rules. They are slow, clumsy, brainless reanimated corpses with no cognitive function other than flesh-eating. If there is a wall between them and the snack, zombies from The Walking Dead will bump into this wall until they lose their purpose, get distracted or decompose. This status quo changes in the trailer for the third part of the 11th season of “The Walking Dead”, where Aaron tells: “I’ve heard stories about walkers who can climb walls and open doors.” The videos of zombies climbing walls and opening doors properly follow his warning.

This huge twist was caused by a scene after the credits of the series finale “The Walking Dead: The World Beyond”, which shows that the outbreak of zombies began in a French laboratory. A video message recorded by Dr. Jenner (a CDC scientist from the first season of “The Walking Dead”) asks about reports on “variant cohorts” before the corpse of the nearest scientist is resuscitated and runs straight to the lab door, demonstrating that he is faster and smarter than the average snapper from “The Walking Dead”.

In her video, Jenner says that zombie variants have not yet appeared in the US, but this is not entirely true, since there were several inconspicuous examples of advanced zombies in the first season of The Walking Dead. The reanimated wife of Morgan Jones, for example, tries to turn the handle of her front door, while others are shown using stones as weapons. While behind-the-scenes factors are most likely to blame for these inconsistencies (“The Walking Dead” had a different showrunner in season 1), season 11 of “The Walking Dead” now finally revisits the show’s early concept of smarter zombies, and also adds a little more pep in their step.

Are fast zombies useful for the “Walking Dead”?

The introduction of a new kind of zombie so close to the finale of “The Walking Dead” at first glance seems strange. Eight episodes don’t provide enough space to reveal such a gigantic revelation, and given that the narrative landscape of season 11 is already crowded, evolved zombies can stifle the more pressing storylines of “The Walking Dead.”

However, after the main show ends, “The Walking Dead” will branch out into several spin-offs featuring Rick and Michonne, Maggie and Negan, as well as Daryl and… the Dog? Adding faster and smarter zombies to the game makes these projects much more attractive and offers viewers of The Walking Dead a much-needed fresh look they haven’t seen before. As zombies evolve higher up the food chain, you can expect them to play a more important role in the “Walking Dead” spin-offs, which can only be a good thing.

However, in order for the zombie variants to resonate with viewers, The Walking Dead must explain where they came from. “The Walking Dead: The World Beyond” pretty much implies that French scientists accidentally caused the mutation when they were looking for a cure in the early days of the outbreak. This, at least, explains why the options took so long to reach the shores of the United States. What about the smart zombies from the first season of “The Walking Dead”? Were they just accidents? Or were the variants extremely rare before French scientists inadvertently turned them into the dominant strain in Europe?

While the development makes logical sense, faster and smarter zombies can help revive the “Walking Dead” as Robert Kirkman’s franchise transforms from a traditional television format into a shared universe. After more than a decade of heartbreaking fun spilled over several TV series, The Walking Dead faced zombies from every conceivable angle. If AMC intends for “The Walking Dead” to keep moving forward, flipping the established formula and giving the zombies back their advantage was the best, and maybe the only option.

Star Trek Online: The release of Stormfall brings the cast of...