Home News The Walking Dead: When does the Final Season premiere? 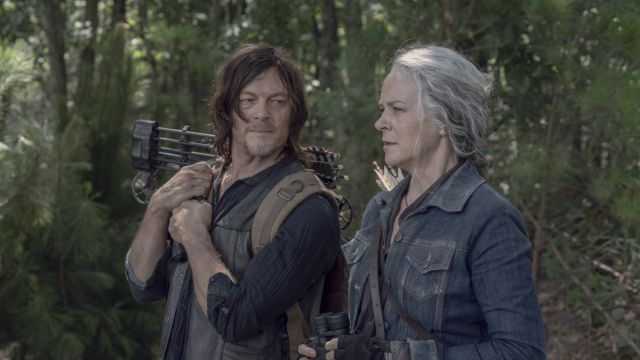 The series will conclude in its Season 11, with new stories set in this post-apocalyptic world full of walkers.

Humanity no longer lives as it did, the old world has died. And despite the efforts of Rick and company to normalize their situation, the world has succumbed to the walker pandemic. The Walking Dead is writing its final episodes, even though the universe created for the series will not end when the series concludes. AMC has announced the premiere of Season 11, a premiere that will be accompanied by a first batch of episodes that can be seen from August 22, 2021.

However, Season 11 will not say goodbye this year, instead saying goodbye to fans sometime next year 2022. Although a definitive date has not yet been provided, this project will continue in film format with Rick Rimes. as the main character, one of the main characters in the series who left production some time ago.

Expectations in the air

“Building on the six additional episodes of Season 10, which are more focused than ever on smaller character stories, we are excited to launch a Season 11 bigger than ever,” said Angela Kang, showruner and executive producer of The Walking Dead. According to Kang, AMC’s stakes for the series will be “high”, as we will see “more zombies, tons of action, intriguing new stories, locations never seen before”, as well as all the groups together as a community for the first time ” . They will try to rebuild what the Whisperers took from them.

“The latest chapter of The Walking Dead begins with eight action-packed episodes that will introduce a massive dimension and scale that fans of the TWD universe have come to expect. I am delighted to anticipate that fans will not have to wait too long to see these incredible new episodes when they debut this summer. ” Now, it’s time to wait for the release.