Created in the comics by Robert Kirkman and adapted in series by the broadcaster AMC, The Walking Dead franchise will win a new game.

The title will be called The Walking Dead: Survivors and it will be focused on mobile devices, with confirmed release for Android and iOS. It is developed by Elex, the same company behind strategy titles like Age of Kings: Skyward Battle.

In terms of gameplay, The Walking Dead: Survivors is a game that puts players to fight each other (PvP) from tower defense mechanics and community manager. It is even possible to set up clans online to receive help from others.

Some characters from the franchise are already confirmed, including Rick, Michonne, Maya and Glenn – in addition to the villain Negan, who appears on one of the game’s promotional screens. Some will be more focused on combat, while others will have improved development skills and should be used to improve the player’s city facilities.

Managing resources, building defenses and accumulating supplies are some of the challenges for the survivor, who must at the same time escape the attack of human players and eliminate hordes of zombies nearby.

The Walking Dead: Survivors is still in Beta and has not been released for registration in all regions. The game is expected to launch in the second half of 2021. 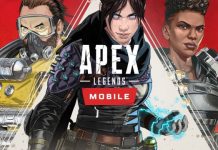 Apex Legends Mobile is a reality: free to play for iOS and Android with beta for spring