Home Entertainment The Walking Dead: Revealed what happened to the rest of the world... 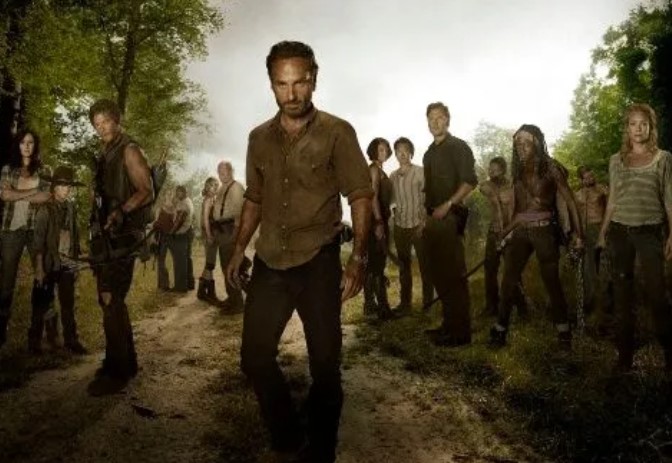 As we have been seeing throughout the stories and prequels of The Walking Dead, the zombie situation has been quite overwhelming in the United States and Mexico, however, in the post-credits sequence of the end of The Walking Dead series : World Beyond paints an even bleaker picture for the rest of the world.

Unfortunately, the spin-offs of the original story, give us to understand that the dreaded zombie infection occurs in all corners of the world, since no country or region is safe from the “walkers”. As infrastructure and society collapse, contact with other countries becomes increasingly difficult. There are no phone lines and planes don’t fly, which means people like Rick Grimes (Andrew Lincoln) have no way of knowing how the world is doing on The Walking Dead.

Throughout the 10 years of the existence of this franchise, little has been said about this subject in terms of what happened to the rest of the world and the zombie infection. Recall that in the first season of The Walking Dead, Dr. Jenner revealed that the CDC had been communicating with other facilities around the world, but everything went dark.

While in the second season of The Walking Dead: World Beyond, it was further developed when CRM Lieutenant Colonel Elizabeth Kublek (Julia Ormond) claimed that, as far as the Civic Republic knows, the entire world has fallen.

Finally, The Walking Dead recently offered a true glimpse into the zombie outbreak in other parts of the world, with The Walking Dead: World Beyond ending post-credits sequence set in a French biomedical laboratory. From the building’s total disrepair, it’s clear that France is just as post-apocalyptic as the US, and given the geography of continental Europe, the entire continent has likely been devastated by the zombie virus.

Also, another detail claims that the vines growing over the building also show that this scene takes place a few years in the timeline of The Walking Dead, most likely in line with The Walking Dead: World Beyond, a decade after the inception. of all this history.

The man who smokes in the final scene of The Walking Dead: World Beyond knows which scientists are to blame for the pathogen, and his group has imprisoned many of the culprits, murdering the rest. It was also discovered that French scientists were the ones who accidentally created an evolved zombie variant while trying to develop a cure, meaning the undead are now faster and smarter than their American counterparts. However, there is also a suggestion that Spain could also have been involved in the study.

Overwatch 2 Preview: A Detailed Look at the Content roadmap