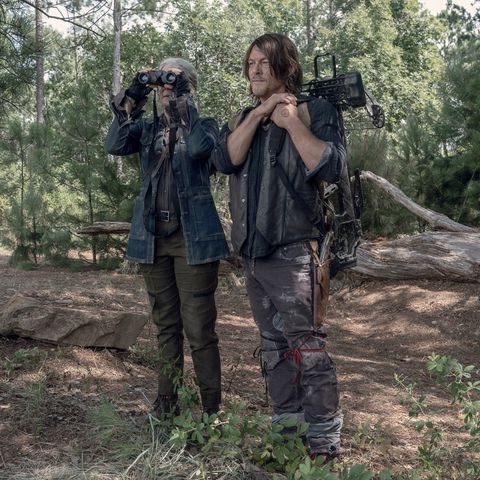 Recall that since last October 12, the team and cast of The Walking Dead returned to the film set to shoot the scenes for the episodes of season 10 that are to come.

As we all know, the new adventures coming in February will focus on each major character in the AMC drama. One of these will be dedicated to Maggie and Negan, who will have a face-to-face meeting.

It is important to note that in the final 6 episodes of season 10 of The Walking Dead, several actors were recently incorporated who will give life to new characters to tell the story.

Has Daryl met his match?

Now, this week it was reported that The Walking Dead has just cast Lynn Collins in the new 6 episodes, to play Leah, a character revealed in a script reading for the series.

Leah will be first discovered by Norman Reedus’ Daryl Dixon in an upcoming episode 18 of The Walking Dead season 10, titled “Find Me.”

Miyawaki Sakura Invited by BTS Bodyguard, This is what HYBE said

Riverdale: Katy Keene and Sabrina soon in the series!