Home Entertainment The Walking Dead Isle Of The Dead: New Spin-Off With Maggie And... 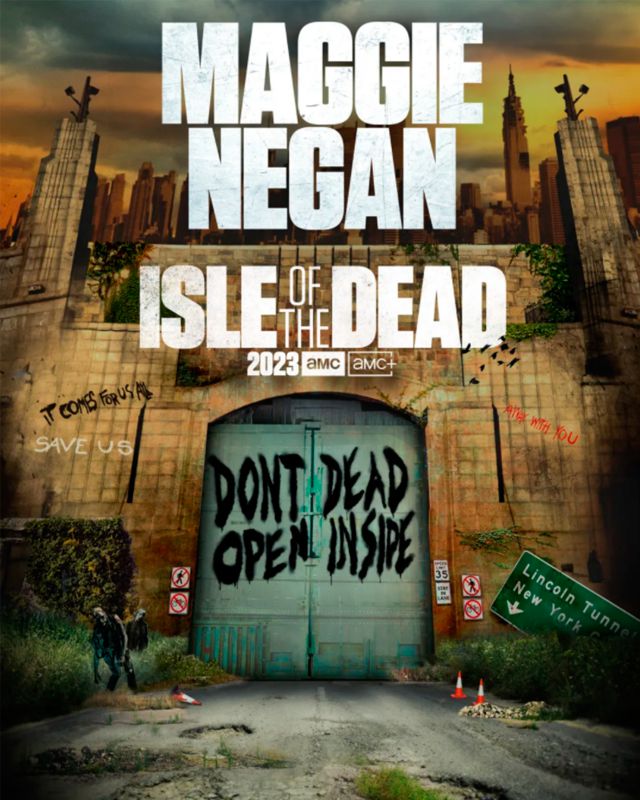 The Walking Dead: AMC announces a new series based on its famous zombie universe starring two of its current protagonists: Lauren Cohan and Jeffrey Dean Morgan. The universe of The Walking Dead continues to expand at a fast pace with the announcement of new spin-offs based on such a popular zombie franchise. So much so, that AMC has just confirmed a new series titled Isle of the Dead and starring two of the current protagonists of The Walking Dead: Maggie and Negan. This has been confirmed by the company responsible for such a prolific television saga based on the comics of the same name, pointing to an upcoming premiere in 2023, on a specific date yet to be confirmed.

The New Adventures of Negan and Maggie

Thus, and under the promising title of Isle of the Dead, the series will follow the adventures of two of the most popular characters of The Walking Dead, a series that is immersed in its final season. And how could it be otherwise, the interpreters Lauren Cohan and Jeffrey Dean Morgan will resume their usual roles in a series that will take place after the final events of the original work. In addition, both will be executive producers of this new spin-off.

As its title suggests, Maggie and Negan will have to cross an island full of zombies; although the setting could not be more attractive, since the island in question will be a Manhattan that has remained isolated since the original zombie outbreak. Eli Jorné, regular screenwriter for The Walking Dead, will serve as showrunner for a series whose first season will consist of six episodes.

Let us also remember that The Walking Dead movies starring Andrew Lincoln are still pending and that they will tell us what happened to Rick Grimes after his departure from the series.