The 11th and final season of The Walking Dead debuts next summer on AMC. The broadcaster announced the comeback of the series with a surprise teaser, released in yesterday’s bonus episode, of the 10th season.

Initially expected for the fall season last year, the series of delays in production, caused by the pandemic of COVID-19, caused the last year to be postponed. However, the show’s producers decided to release 6 extra episodes for season 10, which are currently being aired by AMC.

The final cycle, however, is expected in October 2021. In it, Daryl, Maggie, and their group of zombie apocalypse survivors will enter their journey towards the Commonwealth.

Check out the teaser below.

The Walking Dead: learn more details about the last season of the zombie series

Predicting a New World Order, the first contemplation reveals the interview scene set up by Lance Hornsby, in which, in the comics, the survivors will be introduced to the Commonwealth, a network of communities that houses almost 50,000 people.

The hook for episode 16 featured Commonwealth Army soldiers, who play an important role in extending season 10. In the TWD special, showrunner Angela Kang stated that there are still many characters from that army to be known. However, their stories will be shown in the last year, and now the audience will only have an idea of ​​their essence.

On the Talk Dead to Me podcast, writer and producer Jim Barnes commented on the footage from last year. He says that different locations and scenarios can be seen. In addition, the season promises to be scary.

The 11th and final season of The Walking Dead will be shown in three parts, totaling 24 episodes, between 2021 and 2022. Be sure to check it out! 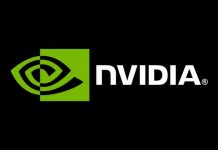 Loki and the Star Wars series: Disney has a release date