The first bonus episode of the 10th season of The Walking Dead is finally among us! The long-awaited return of the series debuted this Sunday (28) and is the first of six extra episodes that will end the season. The highlight of the new chapter was the return of Maggie, played by Lauren Cohan, and the reunion with Negan (Jeffrey Dean Morgan). Check out the full recap below!

More details on the Walking Dead’s 10×17

The 17th episode was full of blood, as expected from the series, also marked by the reunion of Maggie and Negan. However, if you expected some kind of combat or even harsh words between rivals, know that this is not what happened.

It all starts with Megan walking straight past Negan, clearly uncomfortable seeing him free. So Carol says that she decided to release him because he was responsible for winning the battle against the Whisperers. Maggie finds out that Hilltop has been destroyed and feels guilty.

She knows she needs to go back to Alexandria and enlists the help of Daryl and Kelly to rescue her son and reunite old companions. So she starts to tell her story since she left Hilltop, trying to save as many people as possible on her travels.

Georgie separated from her to look for a lost city, and since then, the two have not seen each other. Now, Maggie’s group needs to focus on their own journey and go to the camp where their son was. However, the site was destroyed by a group known as Grim Reapers. When looking for Hershel, they find some survivors, but a mysterious sniper kills the rest of the campers.

Maggie and Daryl manage to capture the sniper and begin to interrogate him, but the only thing he reveals is that a man named Pope is looking for Maggie. Then he commits suicide to reveal nothing more.

The two finally find Hershel, hiding in a tree and the group begins to travel to Alexandria. At the end of the episode, Negan watches Maggie and Hershel together.

In general, the first bonus episode of The Walking Dead served to reallocate the characters in their own ways and open the door to new groups of villains in the series, such as the Grim Reapers. The next episode will be broadcast next Sunday (7) and should begin to answer the main questions from fans.

How do you think the final stretch of the 10th season of The Walking Dead will be? Leave your opinion below and share the recap on social networks! 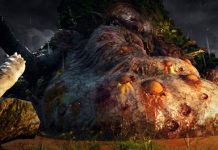 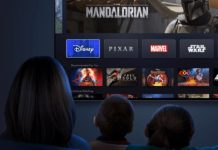 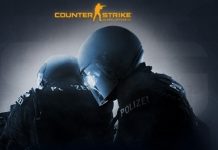