Home Entertainment The voice actors of Team Fortress 2 are looking for a Sandwich... 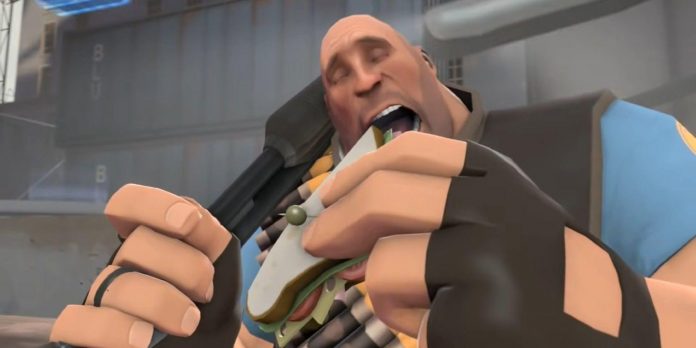 The actors voicing the cult mercenaries of Team Fortress 2 quite often communicate with fans, and now they have released a video featuring the characters in search of a sandwich. The video was recorded recently when several Team Fortress 2 voice actors teamed up at PAX West as guests of the convention.

Team Fortress 2 has been around for many years, and part of what helps it maintain its popularity is the unique characters that make up the team. Valve’s own Team Fortress 2 Meet the Class videos have brought these outlandish personalities to the fore, and the voice actors don’t forget the roles that make the game so great.

In a video uploaded by Robin Atkin Downs, the voice of the Medic in Team Fortress 2, the actors voicing the Machine Gunner, Sniper, Medic and Administrator appear in the deli in search of a sandwich. Of course, fans of the game know that sandwiches are one of the machine gunner’s favorite things, and the “sandwich” even serves as a healing item that he can equip and share with his teammates. That’s what makes it so much fun when a team is upset about the lack of sandwiches in the store they’re in.

In the video, the Machine Gunner (Gary Schwartz) speaks first, expressing concern about where the sandwich is. The sniper (John Patrick Lowry) then expresses the same disgust at the excuse for the sandwich they see in front of them, while the Receptionist (Ellen McLane) just jokes, “Victory.” The camera turns to Robin Atkin Downs in the role of a medic who anxiously asks if there is schnitzel in the deli, to which the staff seem to show surprised bewilderment. The whole team, unhappy, turns to leave the store to continue the hunt for a sandwich to satisfy the Machine Gunner.

It was certainly a delightful moment for all the fans who found themselves in the room with the voice actors, but fortunately there is a video for everyone who wasn’t around. To their credit, the voice actors of Team Fortress 2 do appear in videos, streams and in interviews with fans, often switching to the voices of their iconic characters, to the delight of fans. Robin Atkin Downs, in particular, made the players happy not only by acting as a medic in the voiceover of selected TF2 comics, but also encouraged the SaveTF2 movement, which was trending earlier this year.

Although the future of the game is currently unknown, it’s safe to say that the voice actors of Team Fortress 2, who helped make it what it is, still love their characters. I hope the Machine Gunner found the sandwich he was looking for, but this is definitely not the last thing the fans will hear from him and his team.