Home Entertainment The voice actor of the last Airbender is doing everything in his... 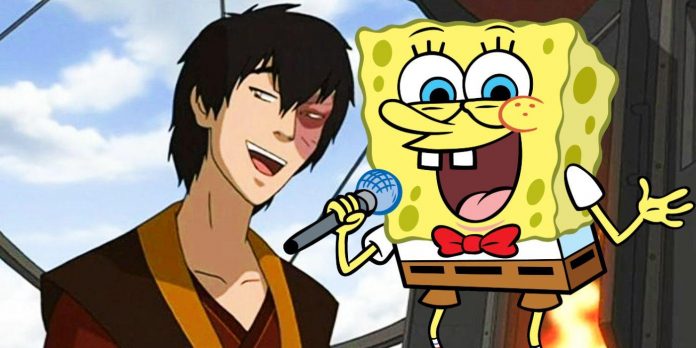 Dante Basco, who voiced Zuko in the animated series Avatar: The Legend of Aang, best portrays SpongeBob’s laughter. Basco played a hot-tempered fire mage and an exiled prince whose fate is intertwined with Avatar Aang for three seasons of Avatar: The Last Airbender from 2005 to 2008. recognized and loved by fans, and experienced a resurgence when it was hosted on Netflix in 2020 during the pandemic.

Avatar Action: The Last Airbender is set in an Asian world with elements of fantasy and martial arts that allow some people to manipulate or “bend” one of the four elements: water; the globe; Fire; or air. Only an avatar who reincarnates into a new person after his death can control all four elements. In the series, the current avatar, Aang, must master the elements in time to prevent the People of Fire from conquering the world. Meanwhile, Zuko Basko hunts for Aang to regain his honor and take the place of the prince of the People of Fire, but throughout the series turns into a peaceful, kind friend of his former opponent. Zuko became a beloved character, with many praising his character’s redemption arc and Basco’s vocal performance.

Related: Netflix Avatar Can Change Zuko’s Backstory and Make It Even Better

Now Basco brags about his voice as a higher-pitched and annoying SpongeBob SquarePants. On SpongeBob’s Instagram page, a video from Comic-Con in San Diego shows Basco and other actors trying to portray SpongeBob’s characteristic laugh, with voice actor Tom Kenny on hand to show them how it’s done. Basco’s normal voice is already pretty close to Zuko’s, so it sounds like Zuko is laughing awkwardly when driving on a bumpy road. Check out his impression below:

Bosco then voiced General Airo, Zuko’s grandson, in the equally popular sequel Avatar: The Last Airbender, The Legend of Korra. Now “Avatar: The Legend of Aang” gets a remake of the series from Netflix, which will tell about the same adventures as the original animated show. Although production ended in June after seven months of filming, the release date is still unknown, but there will be eight hour-long episodes.

It’s nice to see Basco still participating at Comic-Con and giving fans a hilarious look at another beloved animated character other than his own, although Zuko’s voice can still be heard in his normal voice. It is known that he was publicly recognized as the voice of Zuko, namely, he went viral due to the fact that he was recognized in Starbucks. Whether it’s a fan-favorite fire mage or SpongeBob SquarePants, it’s fun to watch Basco having fun creating other animated images, and fans are looking forward to seeing his character again in the live action movie Avatar: The Legend of Aang, where Zuko will play. Dallas Liu.