Home Tech The visuals of Vivo X70 Pro have surfaced before the launch! 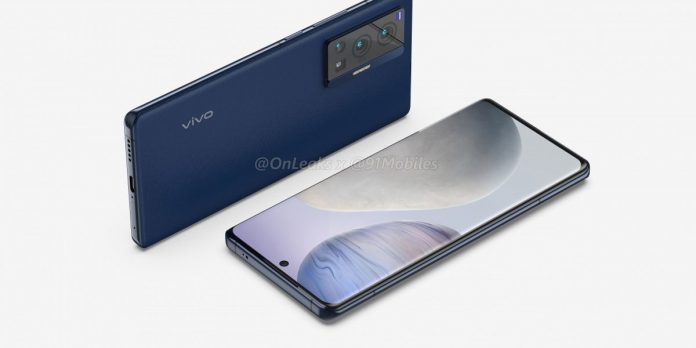 One of the shining stars of the smartphone market lately is undoubtedly Vivo. The company, which shows up in this field with its affordable and powerful smartphones, is preparing to showcase the Vivo X70 series in the coming weeks. In fact, the design of Vivo X70 Pro, one of the ambitious models of the series, has already been leaked.

The images of the Pro model of the Vivo X70 series, which have recently appeared in certification lists as well as various leaks, were officially leaked before the launch. Although Vivo has not yet announced the launch date of the smartphone series, new developments in the last few days strengthen the company’s claims that the series will showcase the series in the coming weeks.

If we look at the leaked images of the Vivo X70 Pro model, the smartphone is expected to come with a perforated and curved panel. In addition, the device, which will come with Zeiss brand sensors on the camera side, like its predecessor, will have a quad camera setup.

According to the leaked information, the smartphone will be presented to the user with an AMOLED panel with a 6.5-inch FHD + resolution. At the same time, this panel, which is expected to have a refresh rate of 120 Hz, will be protected by Corning Gorilla Glass technology. The device, which will be powered by an octa-core MediaTek Dimensity 1200 processor, will have two different RAM options, 8 GB and 12 GB. In addition, the smartphone will run the Android 11 operating system out of the box.

The launch date of the Vivo X70 series is currently unknown. However, according to the allegations, there may be new developments about the series in September.

Nintendo Announces The Definitive Closure Of The Nintendo 3DS And Wii...