Home Entertainment The visual novel Tron Identity has been announced 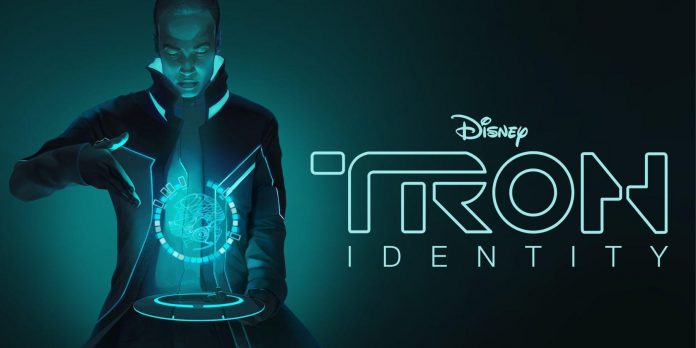 As part of the D23 Disney & Marvel Games Showcase presentation, Disney has officially announced the unexpected development of Tron Identity. Tron is no longer a particularly big game franchise, at least compared to the ’80s. But Disney is aggressively looking for partners for licensed projects, and the result is Tron and Tron Identity.

The official announcement was made in a short teaser trailer that focused entirely on the teaser that the game is part of the Tron universe. The video showed a Tron identification disc that slowly lit up, almost like a download bar reaching 100%. The only other information confirmed in the trailer is that Tron Identity is being developed by Bithell Games in collaboration with Disney, and that the game is scheduled for release in 2023.

While there was little information in the short D23 trailer for Tron Identity, more was revealed in the Steam profile for the game, which aired after its announcement. Tron Identity is described as an adventure visual novel based on the detective program Query. A request is a part of a new Network abandoned by Users and left to itself, investigating a crime that threatens the future of the Network. The gameplay will include branched solutions that actively influence the history of Tron Identity, helping Query to uncover the mystery underlying the game.

As already noted, Tron Identity is developed by Bithell Games. Bithell is known for its diverse indie offerings, including John Wick Hex, Thomas Was Alone and Volume. More recently, Bitell has focused on adventure games, including Subsurface Circular and Quarantine Circular, as well as The spy solitaire The Solitaire Conspiracy. Bitell’s past work should clarify the new intention to tell exciting stories through experimental gameplay.

The announcement of Tron Identity, perhaps, most of all shows Disney’s interest in experimenting with game licensing. It’s hard to imagine anyone predicting the release of a Disney visual novel in 2023, let alone a Tron visual novel. However, since Bithell Games is working on Tron Identity, this is an exciting project and a unique opportunity.

Tron Identity is not the only example of how Disney is looking for an interesting gaming partnership. Disney could easily settle for major partnerships like Marvel’s Spider-Man from Insomniac Games. Instead, there are games such as the tactical RPG Midnight Suns, Marvel: World of Heroes from Niantic, the developer of Pokemon GO, the Nintendo Switch-exclusive joint platformer Disney Illusion Island and the remaster of the Sega Genesis Gargoyles game. Tron Identity is in good company.

Tron Identity will be released in 2023 on PCs and consoles.

Back 4 Blood Gets A Trailer With Details Of The Main...