Home Entertainment The Villain Chameleon Already Has An Actor In The Kraven Movie: Revealed... 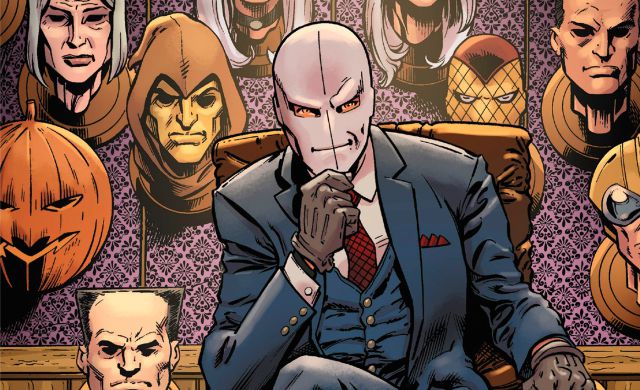 Chameleon: Sony Pictures presents the interpreter who will be in charge of giving life to the Chameleon and the role that Russell Crowe will have in the new Spiderverse is filtered. The Kraven the Hunter movie is gradually taking shape with the confirmation of his main performers, thus confirming his different characters from the Spiderverse. So much so, that after presenting Aaron Taylor-Johnson in the role of Kraven and the announcement that Russell Crowe was joining the cast, it is now confirmed that actor Fred Hechinger will be the villainous Chameleon. In addition, the prominent role of Russell Crowe himself has been leaked, thus playing Nikolai Kravinoff, Kraven’s father.

New Spider-Man villain in the cinema

Thus, the Kraven the Hunter movie will serve to introduce a new classic Spider-Man villain in the cinema, in this case, surely as Kraven’s antagonist, in a similar way to Carnage in the Venom sequel. Be that as it may, Fred Hechinger will be in charge of giving life to Dimitri Smerdyakov, alias Chameleon, a master of disguise capable of impersonating the most varied Marvel characters and with superhuman strength. Also, in the comics he is discovered as a stepbrother of Kraven himself.

Fred Hechinger has recently gained some popularity for the Disney+ series The White Lotus and Pam & Tommy; He has also participated in films such as Noticias del gran mundo or La mujer de la viento, among others. And speaking of Kraven’s family, Russell Crowe’s role in the film has been leaked, since he will be in charge of playing Kraven’s father and, in turn, Chameleon, Nikolai Kravinoff.