Home Entertainment The villagers of Animal Crossing used to be real jerks (much more... 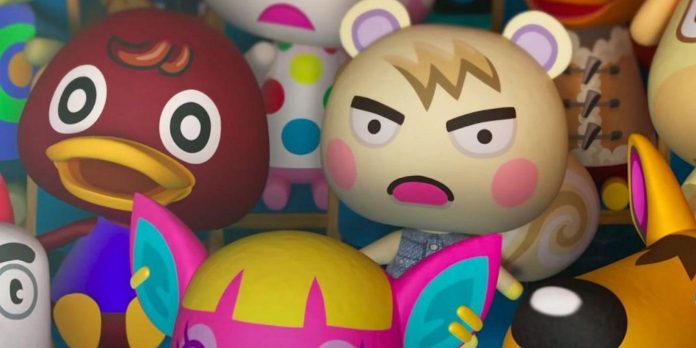 Since the first release of Animal Crossing in 2001, the villagers in the game have been much tougher and angrier towards the players, but in a good way. In newer games like Animal Crossing: New Horizons doesn’t seem to be the case. Conversations with the inhabitants of the island were softened, which made them more friendly and in some way simple or typical.

Animal Crossing is a widely popular series, primarily known for its mechanics of building cities and islands, but another important factor is the interaction with the villagers. Fans of the series can chat and chat with their favorite residents, who can feel almost like a second virtual family. This is considered one of the main reasons why players still play Animal Crossing: New Horizons in 2022, as the game initially exploded during the lockdowns introduced during the COVID-19 pandemic.

In older games, primarily Animal Crossing and Animal Crossing: Wild World, conversations with villagers occur in different ways, as sometimes they are not always friendly. Most of the dialogue options were filled with black humor and wild moments. Perhaps this could cause a debate about whether the series is suitable for children.

In most cases, when certain situations arose in the old Animal Crossing games, the villagers turned to the player with a dialogue that could be considered rude, depending on how they perceived it. For example, when a villager falls into a trap, he has a chance to call everyone in the city “dirty rats” and feel that someone wants to get them. In the old Animal Crossing games, villagers judged the players’ fashion sense by calling their clothes “ugly,” “weird,” or even “psychic.”

Animal Crossing fans who have been playing the game since day one may even have noticed the change in tone themselves as the series continued. Villagers, especially in Animal Crossing: New Horizons has lost some of the charm that made them unique from each other. In the last game, the villagers mostly talk about various items scattered around the island, ask what the player is interested in, and praise the user’s clothes, as well as goods in retail stores.

The most repetitive version of the dialogue, which is constantly mentioned by every villager, is those who always talk about themselves based on their personal qualities. This is a problem with the villagers of Animal Crossing, which can instantly make players stop feeling attached to them, which is one of the goals that the series sets for itself. Unlike the previous ones, every villager feels the same way, repeating each other, which may make some players appreciate the harsh dialogues in the old games, as they brought a little zest to the characters.

The Old Animal Crossing Characters have Lost Their Identity

Animal Crossing: New Horizons took a nicer approach to the dialogue, and this led to some characters losing touch. Villagers like Baabara, Carmen and Eloise lashed out at the players, making harsh remarks if they had bad taste in fashion. However, now they are more passive-aggressive in their statements, and this is not the same feeling as before.

Nintendo has Squandered the potential of Animal Crossing: New Horizons, taking a few steps forward, but a couple of steps back, using villagers throughout the game. Depending on what type of personality the character who dictates what he says to other people belongs to, unfortunately, he lacks variety. In most cases, conversations are stereotypical, for example, athletes talk only about lifting weights, lazy villagers talk about their laziness, and cheerful islanders are overly friendly.

The return of a harsh and harsh character will greatly improve Animal Crossing: New Horizons, but due to the fact that Nintendo games are suitable for people of all ages, the company may not want to represent any overly hostile villagers. Despite the fact that the first game in the series received an E rating back in 2001, the ESRB has changed significantly over the past 21 years, as a result of which it has become more strict. Animal Crossing: New Horizons was safe for kids, but that perception could change if Nintendo introduces more hostile characters in future installments.

Nintendo should Bring back the Old Dialogue about crossing Animals

Because the players’ dialogue with the villagers was so boring in Animal Crossing: New Horizons, Nintendo released an update in 2021 giving them more features and a set of replicas. Unfortunately, due to the longevity of the name itself, players quickly viewed new additions and returned to the starting point.