Home Entertainment The View and Meghan McCain shared a comment made by Joy Behar... 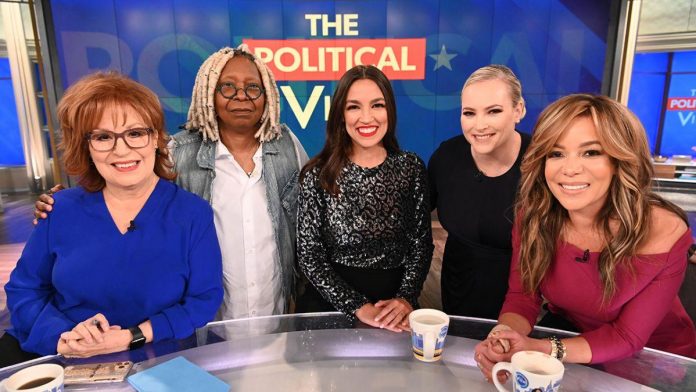 When Meghan McCain eventually left ABC’s The View, there was a transitional period in her personal life. The TV presenter had just become a mom for the first time, and she had to return to work at The View while she was still trying to figure out what her changed life would look like. However, when she returned, her co-star Joy Behar was reportedly not happy to see her. According to McCain, she didn’t hide it either.

Meghan McCain hasn’t appeared on television since last summer, but she’s been making public appearances ever since, recently appearing on The Commentary Magazine podcast. She spoke about the “lack of nuance” in the mainstream media in a candid interview regarding her experience with The View, but also recalled what exactly caused her to want to leave the daytime TV show. She said she went on maternity leave and enjoyed life for a while, and on the first day after her return, communication with Joy Behar left a sour taste in her mouth. She said:

I finally got back on the show, and the day I got back on the show, Joy Behar said on the air, “No one missed you, we didn’t miss you, you shouldn’t have come back.” And I just, I started crying hysterically. I’m sorry, gentlemen, I know, I started lactation in the air, and like crying and hysteria. I had a superhormone. I went to my office and threw up. I called my brother, who lives on a farm in Arizona, and he said, “These people. It’s not worth it. It’s not worth it anymore. Here it is. When Joy said on the air when I returned from maternity leave: “No one missed you.” I didn’t feel supported when I had a baby, and I didn’t feel supported when I came back. And that was it.

In fact, this is a publicly documented experience. When Meghan McCain returned from maternity leave on The View, she and Joy Behar had an argument during an episode that went public at the time. During the conversation, which, as it turned out, was about whether there should be more than two political parties, Meghan McCain joked: “You’ve missed me so much, Joy.” Then Behar calmly said:

As part of the new interview, McCain also spoke about another comment made on The View “on the air, on camera” that “the only thing I would ever breastfeed is a cactus.” She says it was after she said she had suffered a miscarriage, which her co-hosts allegedly knew about.

What else did Meghan McCain say about leaving The View

The aforementioned incident occurred in January 2021, six months before McCain finally announced her departure from the show. When she eventually left, Meghan McCain noted the changing world due to COVID and motherhood as reasons for her departure. She didn’t shout out Joy Behar’s comment like here, but instead said:

I left town very quickly because my obstetrician-gynecologist wanted me to leave because he wasn’t sure how COVID could affect pregnant women. I came to D.C., where my husband and I shared time, and this is where I grew up sharing time. And we have such an incredible life here. We are surrounded by my family, his family, friends, this incredible support group. And I think, as any new mom knows, when I think about where I want to take my first steps and my first words, I just have this really wonderful life here that, ultimately, I felt I didn’t want to leave.

Over the past year, The View has continued to maintain a conservative position in the rating of presenters. However, until recently, the replacement of Megan McCain was not reported. Instead, it wasn’t until early last month that the show began pushing for a permanent replacement for The View when Elisabeth Hasselbeck joined the show after previously being fired from the show. During her first episode this week, abortion and other hot topics were discussed.

For her part, Meghan McCain has openly stated that she feels she is working in a toxic environment and that it is difficult for her to be “produced” by someone who does not understand her or her beliefs. Note that ABC executives claimed that the problems with The View were provoked by the former co-host herself. However, the former TV presenter notes that her time on the show was still notable for a variety of reasons, including the ratings of The View.

I’m in such a strange position because I’ve been on this show that a lot of people know and a lot of people watch, although a lot fewer people have been watching since I left, but it doesn’t matter. I am one of the two presenters in the 25-year history who left of their own accord, quit and were not fired, which is very interesting to people.

We’ll have to see what happens next with Megan McCain, but the show went on without her. Recently, this has also been in hot water, after the co-hosts of the View were sent a cease and desist letter from comments made on the air. No one will accuse BTS’s work in this show of being boring.