Home Entertainment The video shows what a GTA 4 remake with Unreal Engine 5... 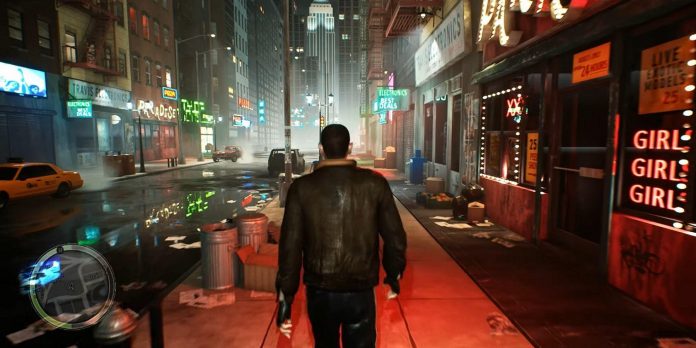 In 2008, Rockstar Games released Grand Theft Auto 4, which received widespread critical acclaim, and the open-world action game quickly became one of the best-selling and most reviewed games of all time. Rockstar expanded Grand Theft Auto 4 with additional DLC that accompanied the new characters, and supported the game’s online multiplayer servers for years. However, Grand Theft Auto 5 and the massive success of GTA Online eclipsed GTA 4. So, although Grand Theft Auto 5 was ported to modern platforms, GTA 4 remained trapped on old hardware.

There have been rumors that Rockstar Games may be considering a remake or remaster of Grand Theft Auto 4, although these plans have apparently been frozen so that the studio can focus on Grand Theft Auto 6. Is there any truth in the rumors about the GTA 4 remaster or not? It remains to be seen, but in the meantime, fans can get an idea of what it will be like, thanks to a new video uploaded by the TeaserPlay YouTube channel.

These concept videos are entertaining, and they can awaken fans’ thirst for real things. Unfortunately, it doesn’t look like Rockstar Games is going to remaster or remake Grand Theft Auto 4 in the near future. Nevertheless, reliable insiders say that over time new cities will appear in GTA 6, and it can be assumed that Liberty City will become the main candidate for the DLC map. So even if the real GTA 4 remake never appears, perhaps fans will still see an updated version of Liberty City at some point in the future.

WatchOS 8 Gets More Health Features and Pictures as Wallpaper