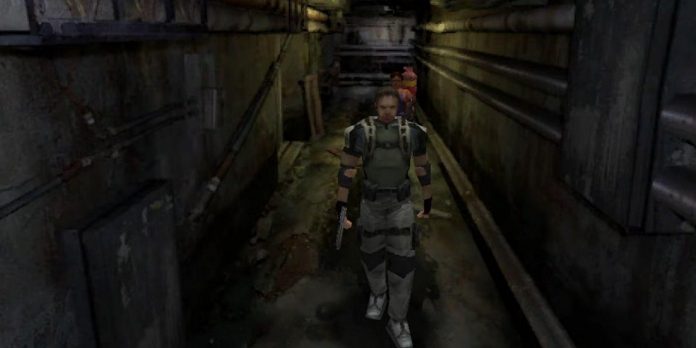 At the moment, the gaming industry is in the midst of a boom that seeks to move old games into the modern era. In connection with the release of a new version of Resident Evil 4 in the near future, as well as a remake of Dead Space, which will be released in January, it is obvious that, at least from the developers / publishers, there is a great demand for rethinking already beloved games. However, sometimes it’s worth turning back time by a few years, as shown in this Resident Evil 5 video.

As DSO Gaming noticed, the YouTube channel Rustic Games BR uploaded a video showing what the fifth part of the long-running survival horror series would look like if it had been made in the mid-late 90s. The clip shows Resident Evil 5 as a classic RE piece, complete with 32-bit PSX-style graphics, tank controls, fixed camera angles and an old inventory system with these iconic sounds. Although it’s absolutely nostalgic, it doesn’t look like a real fan-made demo that’s in development, and most likely it’s just an experiment.

The channel is known for producing video showcases of this kind. For example, earlier this year, Rustic uploaded a video showing what a Resident Evil 4 demo might look like. As in the case of RE5, here the famous fourth game is presented as if it had been released on the original PlayStation console. For those who remember the “good old days” of survival horror, these videos are an interesting insight into how to go against the current trend of remakes and make a more modern release look like a bygone era.

In fact, if the video is not enough, there are a few people who have gone further and created their own versions of games filled with nostalgia. Recently, someone made a demake of Elden Ring in the style of a Game Boy, and there was also a demake of Bloodborne, which takes the favorite Gothic release of 2015 and rethinks the initial parts of the game with pixel graphics for PSX.

Resident Evil 9 is rumored to be in development, and the iconic Capcom franchise is experiencing a resurgence after RE7 2017. Although Resident Evil 5 is not considered the best part of the series, especially considering that it focuses more on actions rather than fears, it still has its fans. Some may complain that the fifth and sixth games have largely abandoned aspects of survival horror, but at least fans can enjoy the scene in which Chris Redfield hits a boulder.

All contents of Sekiro: Shadows Die Twice are cut out