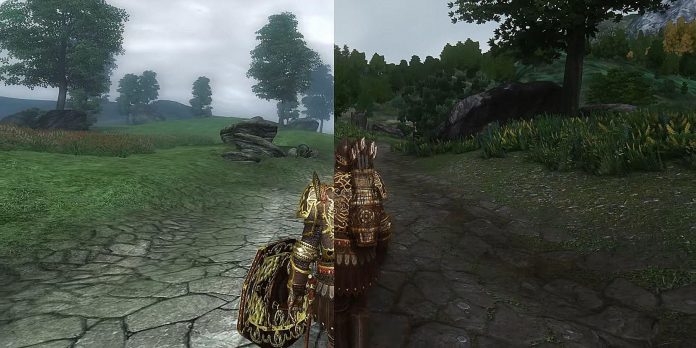 While Skyrim is a game that many immediately recall when it comes to The Elder Scrolls series, its predecessor Oblivion is still being glorified. Despite the fact that it is more than a decade and a half old, it is still loved by many players and contains one of the most fascinating side quests in games under the guise of the Dark Brotherhood mission “Somebody”. It’s visually outdated, but as anyone who has ever played the epic Bethesda franchise knows, there are ways to keep it up to date.

As DSO Gaming noticed, the Digital Dreams YouTube channel uploaded a video in which Oblivion is compared to itself, showing a vanilla experience on the one hand, and a heavily modified version on the other. The difference is night and day. In fact, the modified version uses more than 200 mods, including ray tracing implementation, and really gives this 16-year-old version a modern look. Although it doesn’t quite live up to its 2011 sequel, it still looks pretty impressive and does give some insight into how far modding can go.

The YouTube channel is known for showing numerous examples of how games can be graphically enhanced with custom add-ons. Not so long ago, Digital Dreams showed how realistic Red Dead Redemption 2 can look with the 8K ray tracing mod. RDR2 is already a great game, considered one of the most realistic worlds in games, so adding a visual effect to it just makes the game realistic and believable.

Although Oblivion is considered one of the best games in the Elder Scrolls series with a Metacritic score of 94 on PC, those who haven’t played it yet can easily be put off by outdated graphics. Fortunately, as demonstrated by Digital Dreams, there are many mods that do everything possible to make it more modern. Of course, visual effects aren’t everything, so there are modifications that can implement new game mechanics, fix bugs, or even add new missions and NPCs.

While many fans are eager to return to older games, modified or otherwise, many would prefer the developer to provide some information about the location of the next game in the series. Although Bethesda is working on The Elder Scrolls 6, it will likely take a long time before anyone can play it. It will almost certainly be awesome to look at when it finally comes out, so it will be interesting to see if anyone makes any graphic mods for it.

The Elder Scrolls 4: Oblivion is currently available on PC, PS3 and Xbox 360.

Every PS1 game with more than one disc