Home Crypto The US Treasury Secretary drew attention to this altcoin: a shock collapse! 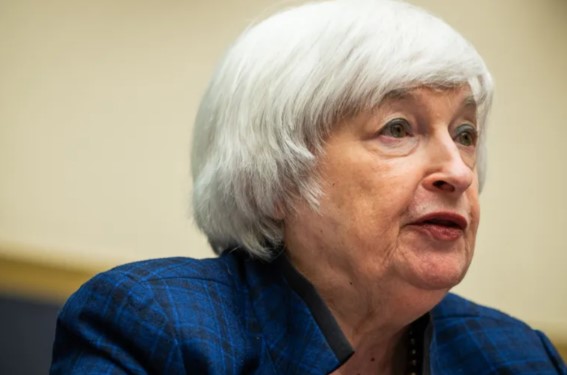 During congressional hearings organized by the Senate Committee on Banking, Housing and Urban Affairs, US Treasury Secretary Janet Yellen pointed to the recent collapse of the altcoin project focused on stablecoins.

US Treasury Secretary Janet Yellen made the following statements at a congressional hearing organized by the Senate Committee on Banking, Housing and Urban Affairs:

In response, Senator Pat Toomey (R-PA) stated that UST is an algorithmic stablecoin, meaning it is not backed by cash or securities.

In November, a regulatory agency led by the US Treasury Department published a report calling for stricter oversight of stablecoins. He warned that leaks could spread “contagiously” across the industry, exposing the broader financial system to a higher level of risk.

In addition, Yellen believes that it would be “very appropriate” for the ruling to come into force later this year. He adds that the outstanding stock of stablecoins is growing so fast that a “coordinated federal structure” is needed. According to Somagnews, last month Yellen expressed skepticism about stablecoins, saying that “no one” can assure users that their tokens can be easily exchanged for dollars. These statements turned their eyes back to Tether…

While Tether (USDT) is often controversial due to its lack of transparency, its decentralized competitor UST dropped below $0.70 early Monday after losing price stability. The largest stable Terra coin fell below $0.70, but did not rebound to $0.90, which was accompanied by a massive infusion of liquidity. However, there is no sign of stability as LUNA has dropped by 50%. In this article, we examined the UST price behavior.